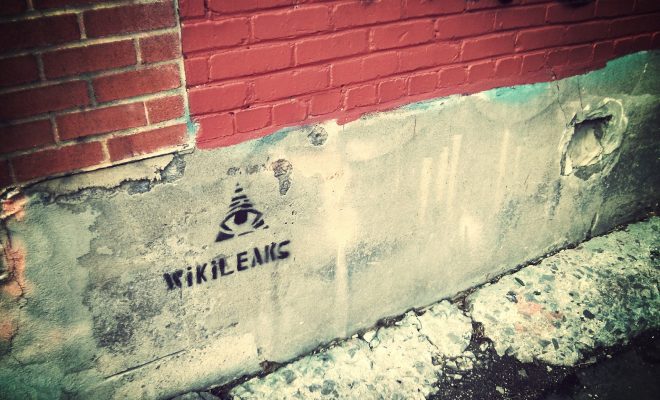 Wikileaks dumped a new batch of emails on Wednesday that provide a peek into the behind-the-scenes correspondence between Hillary Clinton’s campaign and the State Department as The New York Times prepared to break the story on Clinton’s use of a private email server as secretary of state. They also show the initial scramble Clinton’s team went through as the story was about to hit the media. The emails come from the same trove belonging to Clinton Campaign Chairman John Podesta that Wikileaks has been steadily leaking on a daily basis. Russia is widely believed to be behind the hacks.

In an email dated March 1, 2015, a State Department press aide, Lauren Hickey, sent the following message to a department contact (Heather Samuelson, a former Clinton aide who has come under fire) and group of Clinton’s aides: “Hi guys – Jen just cleared. She made the highlighted change — just rephrased a line about NARA updates state is undertaking. Yes on your point re records – done below. And yes will let you know — should be in the new few minutes,” Hickey wrote, referencing Clinton’s Director of Communications Jennifer Palmieri.

State Department spokesman John Kirby declined to comment on the leaked emails on Wednesday, but said the effort to release accurate information to the media has “at times required communicating with her representatives to ensure accuracy.”

In another email thread, dated March 17, Clinton aides discussed how best to respond to questions sent over by New York Times reporter Mike Schmidt. “Jen when we talked over the weekend you noted that it was fairly irresponsible for them to cherry pick leaked emails and write it up as representative,” wrote campaign aide Nick Merrill, who also works in the Office of Strategic Communications at the State Department. He added that some of Schmidt’s questions were “a little ridiculous to say the least.”

The same email chain shows the initial defensive stance the Clinton team took. Aide Philippe Reines wrote: “There’s a lot to respond to here, but first and foremost the premise is wrong. There is nothing wrong with anyone having personal email addresses or her emailing someone’s private account or vice versa. Maybe she was wishing (longtime aide) Jake (Sullivan) a happy birthday. Or I was sending her a note about her mom. … We’re allowed to have personal lives.”

Palmieri, meanwhile, foreshadowing the pall this would cast over Clinton’s campaign for months to come, wrote: “Strikes me as a big problem that the NYT is having selected emails leaked to them and I think we should do a call to discuss the proper way to handle.”