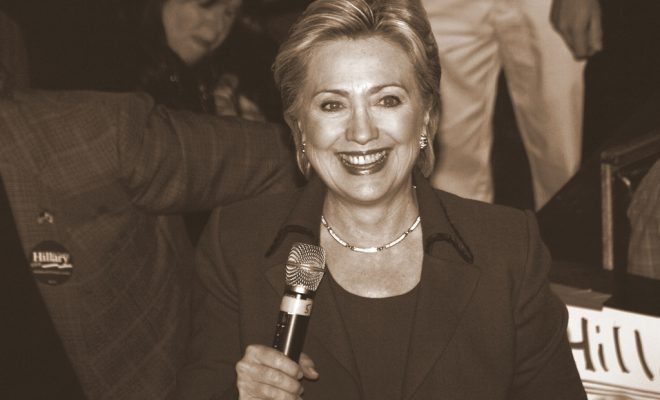 "Hillary in Sepia" Courtesy of [Alan C. via Flickr]

In the wake of the FBI announcement recommending that Hillary Clinton not be charged for her use of a personal email server during her time as secretary of state, people are outraged. To express their frustration, many have taken to twitter, tweeting nasty messages about Clinton and her race to the White House. The biggest trend right now is a hashtag that has people asking what untrustworthy things are more trustworthy than the presumptive democratic nominee. From cartoon conch shells to burns of political figures, the jokes on twitter will have you either cringing at their crude nature or crying tears of laughter. Without further ado, here are the top tweets following the trend of asking what really is #moretrustedthanhillary?

The jokes started out pretty harmless, referencing some of our favorite childhood cartoons.

Alexandra Simone
Alex Simone is an Editorial Senior Fellow at Law Street and a student at The George Washington University, studying Political Science. She is passionate about law and government, but also enjoys the finer things in life like watching crime dramas and enjoying a nice DC brunch. Contact Alex at ASimone@LawStreetmedia.com
Share:
Related ItemsAnthony WeinerBill ClintonBill CosbyCarlos DangerFBIFlintHillary ClintonMoreTrustedThanHillary