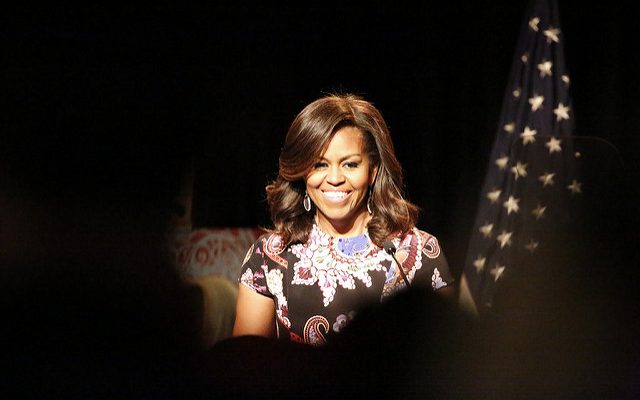 First Lady of the United States Michelle Obama took to the podium Thursday afternoon to deliver a powerful speech condemning Donald Trump’s “sexually predatory behavior,” admitting that she can’t believe “a candidate for president of the United States has bragged about sexually assaulting women.”

Obama, who at times looked emotional, admitted that she couldn’t stop thinking about the tape that has “shaken her to her core.”

This wasn’t just locker room banter. This was a powerful individual speaking freely and openly about sexually predatory behavior. And actually bragging about kissing and groping women using language so obscene that many of us worried about our children hearing it when we turned on the TV. And to make matters worse it now seems very clear that this isn’t an isolated incident. It’s one of countless examples of how he has treated women his whole life.

Obama later rejected Trump’s excuse for his language saying, “to dismiss this as everyday locker room talk is an insult to decent men everywhere.”

Clinton applauded Obama’s comments on Twitter writing, “FLOTUS, I’m in awe. Thanks for putting into words what’s in so many of our hearts.”

.@FLOTUS, I’m in awe. Thanks for putting into words what’s in so many of our hearts. -H

Michelle Obama’s speech will definitely be remembered as one of the most powerful this election cycle. Trump’s campaign continues to implode following numerous sexual assault allegations and inappropriate comments toward women, proving voters may have finally had enough when it comes to his scandals.