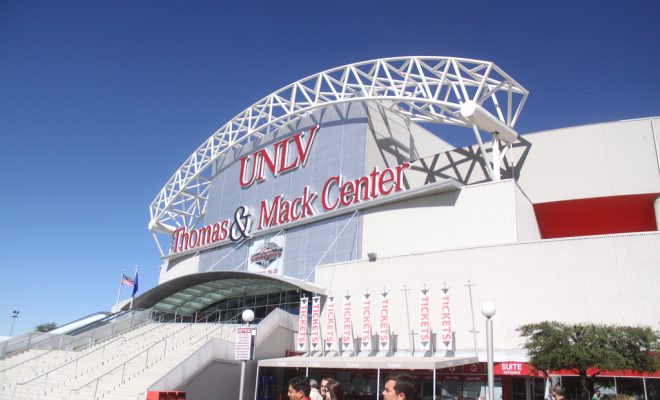 What to Look Out for at the Final Presidential Debate

With only 19 days until election day, Donald Trump and Hillary Clinton will take the stage Wednesday night for the third and final presidential debate.

Here’s some quick background on the format and timing:

The third and final debate will be hosted by the University of Nevada-Las Vegas and will be moderated by Chris Wallace of the Fox News Network. The format will largely resemble the first debate as the two candidates will be seated at a table and will respond to questions from the moderator. Wallace announced the seven categories that his questions will focus on last week, namely: debt and entitlements, immigration, the economy,  the Supreme Court, foreign hot spots, and fitness to be president. The debate starts at 9 PM and will go to 10:30 PM without commercial breaks. You can watch it on the major networks and broadcast channels and it will be streamed online by major news organizations on Youtube and Twitter.

The primary question going into the debate is whether there is anything Donald Trump can do to make up his particularly large polling deficit with Clinton. With that in mind, here is a rundown of the major unanswered questions and continuing challenges to keep an eye out for at the debate.

Donald Trump’s treatment of women has been widely discussed throughout the entire campaign, going all the way back to Megyn Kelly’s questioning at the first Republican debate last year. But between the recently uncovered “Access Hollywood” tape and Anderson Cooper’s tough questioning at the second debate, the issue is back in the forefront. When Cooper pressed Trump on the issue–noting that what Trump talked about was sexual assault–he asked whether he had actually done what he said in the video. Trump denied it, saying it was just “locker room talk,” but shortly afterward many woman came forward claiming that Trump had in fact sexually harassed and assaulted them.

With the exception of flatly calling each accusation false when asked for comment, Trump has not yet had to face many questions about the recent allegations. It seems likely that either Chris Wallace or Clinton will bring this up at the debate. It remains unclear exactly how Trump will respond to the issue but it’s certainly something to look out for. Will he continue to deny everything? Will he make any effort to apologize? Or will he continue to try and turn the conversation to Bill Clinton?

While many of the recent scandals have focused on Trump, the Clinton campaign has had to address questions surrounding Campaign Chairman Jonn Podesta’s leaked emails, which are being released in batches by Wikileaks. While most of the emails provide a window into the inner workings of the campaign and are more embarrassing than anything else, some do point to potential issues. Notably, a batch of emails illustrates a potential ethics issue surrounding donations to the Clinton Foundation during Hillary Clinton’s tenure as Secretary of State. As Reuters notes, a $1 million donation pledge from Qatar may have breached Clinton’s ethics agreement at the State Department. Look to see if Clinton tries to address the controversy or if she simply refuses to discuss the hacked information.

In addition to the information found in the emails, it’s important to acknowledge their source. Many security officials believe that the Russian government supplied the hacked emails to Wikileaks. If the recent leaks do come up at tonight’s debate–and it’s pretty likely that they are at least mentioned by Donald Trump–look for how both candidates respond to the prospect of foreign interference in U.S. elections.

With so much else going on in recent weeks, there’s been a notable lack of discussion of some major policy issues on the campaign trail. Health care got a brief time in the spotlight at the last debate, but despite the quick discussion, there are many unanswered questions. Clinton provided a full-throated defense of Obamacare and laid out a rough plan to help fix some of its core issues, but she has said little about how she would accomplish that if Republicans continue to hold control of all or part of Congress. For his part, Trump offered some sort of discussion about wanting to “break out the lines and allow the competition to come,” but what exactly that means as well as his larger plan to address Americans’ health care concerns remains extremely murky.

We also haven’t heard the candidates talk about crucial issues like climate change, a long-term plan for the ongoing civil war and humanitarian crisis in Syria, and declining productivity growth and dynamism in the U.S. economy. It’s also important to look out for each candidates’ plan to fill the vacant Supreme Court and the possibility that more seats will open during the next president’s term. More broadly, look out for any indication of how the candidates plan to work with Congress to accomplish their goals in the ongoing period of polarization and gridlock.

For some more unanswered questions, check out this list from the New York Times.

Can Trump Win Over New Voters?

Donald Trump is currently–and pretty much has been since the end of the primary campaign–lagging behind Clinton in the polls. According to most polling averages, Trump has never really had a lead in the general election, with the possible exception of the brief period between the Republican and Democratic conventions. Put simply, Trump doesn’t just need to make sure his core base of support turns out on election day, he needs to court new voters as well. Meanwhile, Clinton has managed to consolidate the support of many undecided voters, though a relatively large number of voters still haven’t made up their minds or plan to vote for third parties.

Recently, Trump has shown almost no interest in expanding beyond his core base of support. He has doubled down on baseless claims that the election is being rigged against him and has said that if he were to become president he would appoint a special prosecutor to investigate his opponent, an unprecedented breach of the nonpartisan rule of law. While such arguments may play well to Trump’s base–who have very negative views of Clinton–it will likely do little to win over undecided voters.