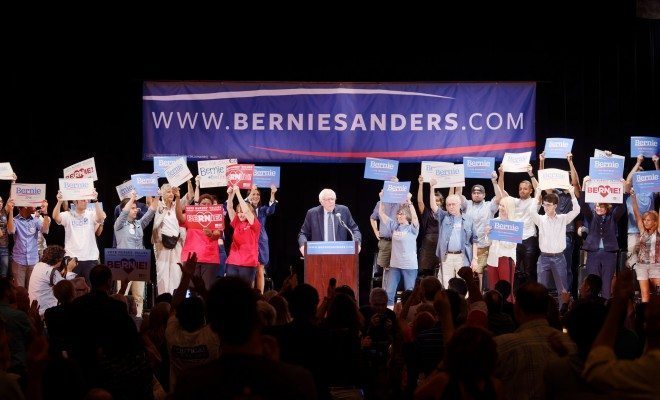 A Small Boost for Sanders, Who’s Determined to Keep Going to the End

The primaries in West Virginia last night ended with victories for Bernie Sanders and Donald Trump. Even though Hillary Clinton leads with a pretty much insurmountable margin, Sanders’s recent victories show that he still has strong support from voters, and he has pledged to not give up until the nomination is officially decided.

This means Clinton has to divide her focus between winning the Democratic nomination on the one hand, and on the other, defeating Donald Trump in the general election. For Trump, it was an easy win in both West Virginia and Nebraska last night–winning more than 75 and  60 percent of the vote respectively. His success comes despite rumors that Ted Cruz might get back into the race if the results turned in his favor. Which they didn’t.

Here’s a recap of what went on last night:

Next up is the Kentucky primary for the Democrats and the Oregon primary for both parties, which will take place on May 17.

Emma Von Zeipel
Emma Von Zeipel is a staff writer at Law Street Media. She is originally from one of the islands of Stockholm, Sweden. After working for Democratic Voice of Burma in Thailand, she ended up in New York City. She has a BA in journalism from Stockholm University and is passionate about human rights, good books, horses, and European chocolate. Contact Emma at EVonZeipel@LawStreetMedia.com.
Share:
Related Items2016 Elections2016 PrimariesBernie SandersDonald TrumpHillary Clinton