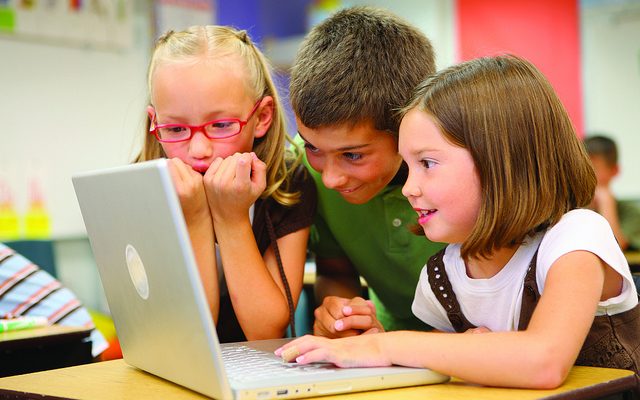 "Children at school" Courtesy of [Lucélia Ribeiro via Flickr]

If Kids Could Vote, They Would Elect Hillary Clinton

153,000 students across the country voted for the next president. Here are the results! –> https://t.co/ZCw53pqky3 #ScholasticVote pic.twitter.com/PNsPapNo6f

This year about 153,000 students nationwide, from kindergarten through grade 12, voted in the mock election online or by mail-in paper ballot.

If the past is any indicator, then we should take note of their choice. Since 1940, Scholastic’s results have accurately predicted the outcome of every presidential race except for two–including all 13 contests since 1964. In 1948, students selected Thomas E. Dewey over President Harry S. Truman. And in 1960, students incorrectly backed Richard M. Nixon over John F. Kennedy.

Clinton is currently leading national polls with 49.7 percent of the votes. She needs just 270 electoral votes to win., and as of today FiveThirtyEight put her at 344.

But I guess we’ll have to wait and see what the adults decide on November 8.

Alexis Evans
Alexis Evans is an Assistant Editor at Law Street and a Buckeye State native. She has a Bachelor’s Degree in Journalism and a minor in Business from Ohio University. Contact Alexis at aevans@LawStreetMedia.com.
Share:
Related Items2016 Presidential ElectionHillary ClintonMock ElectionScholastic