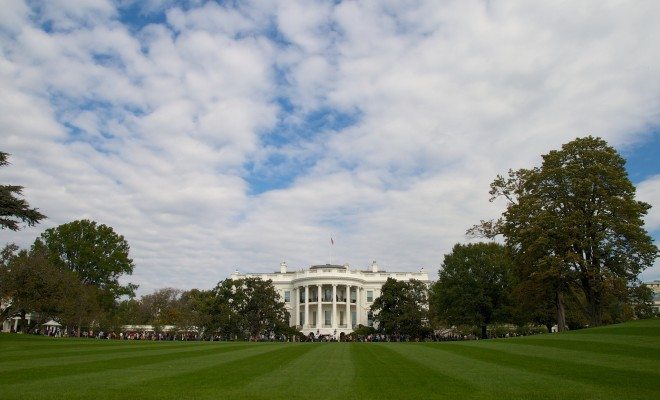 Angry About This Year’s Presidential Candidates? You’re Not Alone

The 2016 presidential elections are upon us and for some of us young folk, myself included, this is the first presidential election we will be voting in. It’s an exciting time! We’re fulfilling our civic duty for the first time, making choices that will impact our futures in this country, and taking part in the democratic process we hold so near and dear to our hearts in this country. So, why am I angry? Because, for the first year I get to have a say in who gets to be president, all of my choices feel like a bad joke.

Starting with everyone’s favorite front runner, Donald Trump, let’s take a look at why I just can’t buy into voting for these candidates in my first election.

Where do you even begin when it comes to Trump–that he’s a big bully? Whether it’s attacking other candidates with rude remarks, threatening to ban Muslims from the U.S., or refusing to denounce the KKK, Trump has been a misogynistic, racist candidate since day one. One thing that’s certain is that he wouldn’t stop this abhorrent behavior as president. Whether you think his policy plans to build a wall in between the U.S. and Mexico are funny or just think it would be hilarious to elect this man president, think about exactly what Trump as a leader would mean for America before you cast that ballot–it’s not a great thought, folks.

If you just aren’t quite willing to jump aboard the TrumpTrain, it looks like Ted Cruz might be your next viable option, right? Wrong.

If Cruz is right about one thing, it’s that the Democrats sure are laughing at this pool of Republican nominees. Aside from rumors that Cruz may be the zodiac killer–which he hasn’t denied yet–and viral videos of how uncomfortably he acts around his children, what are Cruz’s actual plans for running the country? Well, he’s an active supporter of gun rights in our country, despite the fact that we’re currently plagued with firearm deaths. He also plans to increase deportation of immigrants, which is slightly better than building a gigantic wall between the US and Mexico. At the end of the day, the biggest hesitation when it comes to Ted Cruz is the fact that his facial expressions always just kind of look like he is struggling to escape an unsettling situation. There’s just something so unappealing about the thought of having to spend the next four years feeling uncomfortable everytime you look at the leader of your country’s face.

Next up on the chopping block, Marco Rubio.

Now, Rubio is one of the less outwardly mockable candidates of this year’s election. Other than his weird water drinking habits and some odd Nazi metaphors, Rubio has managed to stay pretty gaffe free, so, why not vote for Rubio? For starters, he’s basically out of the race. Even Rubio’s campaign has acknowledged how much of an underdog he is at this point.

The media may treat me like an underdog, but I’m an underdog that can win. https://t.co/i9gFxAgwK3

But even with the underdog point aside, Rubio’s staunch conservative social views are pretty off-putting and he certainly doesn’t hesitate to bring them up at every event he can. Plus, in case you hadn’t heard, Marco Rubio can’t even manage to do the job he has right now, with a very low voting rate in the Senate. Sure, campaigning and being a representative at the same time may be tough but come on, Rubio.

Kasich might be alright if it weren’t for all the foot-in-his-mouth comments he manages to make on a daily basis. Some of the best? Most recently, his wonderful commentary on women:

How did I get elected? Nobody was — I didn’t have anybody for me. We just got an army of people and many women who left their kitchens to go out and go door to door and put yard signs up for me.

No woman should be “leaving her kitchen” to head out to the polls and vote for Kasich this primary season. Making sure that pie comes out as perfect as possible is way more important than giving another misogynistic male candidate validation.

There are also two contenders left on the left: Bernie Sanders and Hillary Clinton. Compared to some of the Republican nominees, these two seem like saints for the most part, but they each has their flaws.

Bernie Sanders, on one side, is pretty much a socialist.

While it’s easy to side with Bernie on so many issues–like so many American youths have–his plans to accomplish his goals may not be what this country really needs. His tax plans, which would be great for evening out economic inequality, could cause serious economic problems in our country overall. There’s a lack of acknowledgement of the real world implications of a lot of his policies and, without that acknowledgment, his liberal plans feel a lot like a fairytale that could never come true.

What’s so wrong with Hillary Clinton?

Much like this gif suggests, she’s boring. Clinton has a history of flip-flopping on key issues and seems like she cares about things just to attract voters who care about the same issues. She’s also known to be hawkish on foreign policy, has not taken a strong stance against fracking, and will always have Bill Clinton’s scandals and policies looming over her. All in all, Clinton may be the best pick for president, but it’s because she’s the lesser of so many evils–is that really the way people should feel when they’re picking our next president?

Maybe I’m just too picky, or maybe the presidential candidate field really isn’t that great–who knows. It just feels a little underwhelming and infuriating that the first time I get to decide who to put in the White House, it’s going to be based on a “pick the person you hate the least” type strategy. I really wanted someone who I could stand behind unabashedly, but that may just be asking a little bit too much of today’s bipartisan mess of a political system. At the end of the day, the important thing is staying informed and making sure you know your facts before heading to the voting booths this November. And, until the dream presidential candidate appears out of thin air, here’s to whoever can beat Trump!

Alexandra Simone
Alex Simone is an Editorial Senior Fellow at Law Street and a student at The George Washington University, studying Political Science. She is passionate about law and government, but also enjoys the finer things in life like watching crime dramas and enjoying a nice DC brunch. Contact Alex at ASimone@LawStreetmedia.com
Share:
Related Items2016Bernie SandersDemocratDonald TrumpElectionsGet out the VoteGOTVHillary ClintonJohn KasichMarco RubioMillennialRepublicanTed CruzYoung Voter