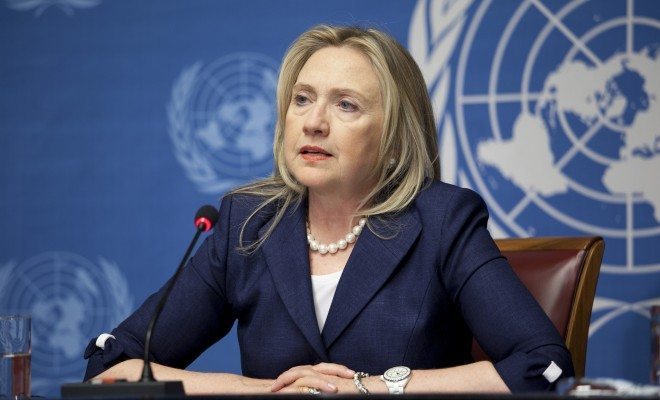 What Should we Make of Hillary Clinton’s Record on Rape Victims?

Perhaps no public figure has received as much criticism and vitriol over such a long period of time as Hillary Clinton. Clinton has been nationally famous since the 1980s, and internationally famous since her first day as First Lady of the United States. In her stump speeches and TV appearances, Clinton chalks the near-constant mudslinging up to oppositional Republican forces who are threatened by her ability to enact real change. And though it may sound trite at this point in the campaign due to repetition, sexism is still a real and damaging force, and may contribute to some of these efforts. Of course, that can’t be true for every line of attack–not every criticism is a right-wing conspiracy designed to slander the former secretary of state. So which is the truth–or could it be a mixed bag of libelous fiction and legitimate fact? Let’s evaluate Clinton’s history of responding to sexual assault and rape by trying to determine the truth, and what they might mean about Clinton’s candidacy and presidency.

Before I dive in, I’ll try to pre-empt some bias–as it stands, I like Hillary Clinton. I know that for some reason, saying you support the efforts of the frontrunner of The Democratic Party (and the most likely person to be our future president) is a divisive statement, but it’s something I should acknowledge. I wasn’t always set on Mrs. Clinton, and my support isn’t unmovable, but her levelheaded approach to policy reform and breadth of executive experience appeal to me. I like Bernie Sanders, and I respect him as a politician. He’s represented the state of Vermont loyally for decades, but I find myself doubting whether he’d make progress on his lofty plans with Congress, and wonder if he has enough foreign policy clout to serve as our Commander in Chief.

Still, the internet can be a toxic place for a Hillary Clinton supporter. The seemingly cult-like online presence of Sanders fans is suffocating to anyone voicing support for his opponent. In the real world, Clinton leads Sanders nationally, and has fantastic momentum in the delegate count, but the subset of voters who are active online paint a very different picture. Know that I’m not a blind supporter of Mrs. Clinton, and that I believe her to be a flawed person.

Most famously, Clinton’s husband’s sex scandal has also become her cross to bear. It’s no shock to the American people at this point that President Bill Clinton had an extramarital affair with White House intern Monica Lewinsky. At the time that the affair was first breaking to the public, Hillary Clinton argued that the claim was yet another attempt by a “vast right-wing conspiracy” to tarnish her husband’s reputation. Then, as evidence to support Ms. Lewinsky’s claims grew, Clinton told the press that she had been misled by her husband, and she publicly committed to her marriage in spite of her husband’s indiscretions, taking the role of “the good wife.” Whether Clinton was truly unaware of the goings-on between her husband and Ms. Lewinsky, and whether Hillary and Bill are in love and devoted to each other is anyone’s guess. It’s equally reasonable to think that the former President and his wife have successfully moved on from the scandal as it is to think that their relationship is rocky and held together by political promise. Either way, I don’t think that the personal marital strife of the couple reflects poorly on Hillary Clinton’s intelligence or leadership.

The larger concern borne out of the Lewinsky scandal is Hillary Clinton’s attitude toward women leveling accusations against her husband. On the campaign trail these days, she tells crowds that rape victims should be believed and supported.

Every survivor of sexual assault deserves to be heard, believed, and supported. https://t.co/mkD69RHeBL

That proves troubling when faced with Juanita Broaddrick’s 1978 rape accusations against Clinton’s husband, which came to light two decades later. This created a conundrum for her: if these claims are false, standing by your husband is the right thing to do. If the claims are true, disbelieving a rape victim is heartless, wrongheaded, and reprehensible. The only response from Bill or Hillary to these claims came through President Clinton’s lawyer, who said “Any allegation that the president assaulted Juanita Broaddrick more than 20 years ago is absolutely false.”

A person in a position as powerful as president is a lightning rod for false accusations, but it’s also true that a president’s influence could be used to cover up sexual indiscretions as well as acts of sexual violence. Knowing that both of those things are true, it would be extremely difficult to navigate charges made against your extremely powerful husband. There is no evidence to show that Hillary Clinton threatened or intimidated Broaddrick into silence. At the time, Clinton was supporting Anita Hill during her testimony against then-Supreme Court nominee Clarence Thomas, so it’s tough to argue that Hillary was completely unsupportive of women or even specifically victims of sexual harassment and assault. Many online rags will argue that Hillary personally sicced private investigators on Bill’s accusers, but the only concrete statement on that comes from a 1998 Matt Lauer interview:

That’s certainly not the “love and kindness” angle that Clinton is espousing now, but it’s not inherently criminal or evil. While false rape accusations are exceedingly rare, they do happen, so though it’s very disappointing to hear Clinton say these things, it would only be truly unforgivable if Clinton knew that these accusations were true, and actively tried to bury them. Criticizing Hillary Clinton for her comments about rape accusers in the nineties is absolutely fair game, and shows pretty clearly that in many areas of women’s issues, Hillary Clinton was certainly part of the problem.

For a candidate whose campaign often puts women’s issues at center stage, Clinton’s comments from twenty years ago show that she has been on the offensive against specific women accusing her husband. Whether she’s learned from the backlash, or simply learned to hold her tongue, her policy decisions and voting record show that she’s been a defender of women for decades, turning the feminist corner and leading the charge among the 2016 candidates. While her record on equal pay legislation, maternity leave, and global women’s rights is something she can proudly tout, some of Mrs. Clinton’s attitudes and comments from the 90s are absolutely disheartening, but not disqualifying.