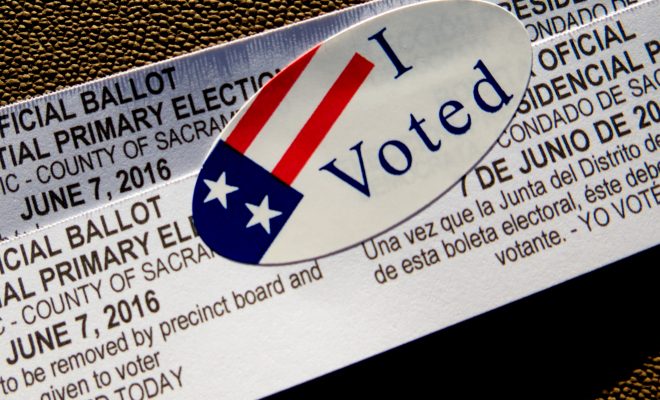 Americans take great pride in our democratic system, which we tout as the main opportunity for our citizens to be a part of the political process. Despite this, voting (the mechanism that gives us the most access to this process) is still something we struggle with: America’s voter participation rates are still astonishingly low compared to other developed countries. With a 53.6 percent participation rate among eligible voters, we fall far behind countries such as Belgium (87.2 percent), Sweden (82.6 percent), and France (71.2 percent). In an especially crazy and unpredictable general election year, exercising your right to vote is more crucial than ever.

While the overall national participation rate is low, the rates vary widely on a state-by-state basis. With the presidential election just one day away, Law Street took a look at the average state turnout during general elections to see who’s been voting (and who hasn’t) for president. We’ll have to wait until Election Day to see if these states will maintain their spots on the list.

Click through the slideshow below to see the top to see our rankings of the top five states with the lowest and highest voter turnout rates:

*Note: these numbers reflect the average of the turnout rates of general elections since 1980, based on Census Bureau statistics.

Hawaii’s voter turnout rate among eligible voters is almost astoundingly low. Among the citizen-age voter population, a little more than half of Hawaii residents on average have shown up to vote during general elections. This past summer, the state set a new record for voter apathy in a primary election, after only 31.4 percent of registered voters cast ballots.

It’s not just the laid-back lifestyle that seems to be keeping people away from the polls; among native Hawaiians, there is reportedly an overwhelming sense of disconnect with American politics. The belief that Hawaii shouldn’t have been occupied by America is still strong among many in the state, which is leading to a lot of voter apathy. So no, people aren’t just too busy surfing (although that honestly does seem to play a small factor).

Mariam Jaffery
Mariam was an Executive Assistant at Law Street Media and a native of Northern Virginia. She has a B.A. in International Affairs with a minor in Business Administration from George Washington University. Contact Mariam at mjaffery@lawstreetmedia.com.
Share:
Related ItemsDemocracydemocratic systemElections 2016voter participationVoter TurnoutVoting