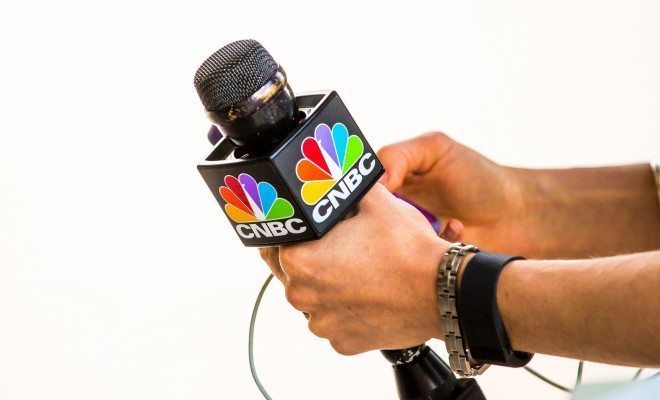 GOP Debate: Candidates Agree on One Thing, They Don’t Like the Media

If you watched CNBC’s Republican Debate last night, you probably noticed the candidates’ general disdain for the media. It started off early and persisted throughout the night, as the candidates criticized the moderators’ questions and the mainstream media’s coverage of the campaign so far.

The first candidate to criticize the media was Marco Rubio. When moderator Carl Quintanilla asked him about an editorial in the Sun-Sentinal that called for Rubio’s resignation due to his attendance record at Senate votes during the campaign, Rubio responded saying, “I read that editorial today with a great amusement. It’s actually evidence of the bias that exists in the American media today.”

Rubio went on to criticize the editorial and the double standard that he believes people have been using to evaluate him. He noted that several past presidential candidates actually had worse attendance records while campaigning, yet the Sun-Sentinel endorsed them. He expanded his criticism to argue that the mainstream media is generally inhospitable to the modern conservative movement.

While Rubio has a point when it comes to peoples’ criticism of his voting record, it is extremely important to note that the article that he referenced as an example of media bias was an editorial, which typically contain opinions from the editorial board and are not the same as a general news article. In fact, there is very little evidence of partisan media bias in news coverage. As the Washington Post’s Monkey Cage blog pointed out on Twitter, a meta-analysis of media bias in presidential elections found virtually no evidence of partisan bias, particularly in newspapers and news magazines. While the media does have its biases, they generally do not fall along partisan or political lines, rather they are often a product of the economic constraints faced by news organizations.

Arguably the most notable example of a candidate attacking the media came from Ted Cruz, who went on a rant against the moderators and election coverage more generally. He said:

This is not a cage match. And, you look at the questions — ‘Donald Trump, are you a comic-book villain?’ ‘Ben Carson, can you do math?’ ‘John Kasich, will you insult two people over here?’ ‘Marco Rubio, why don’t you resign?’ ‘Jeb Bush, why have your numbers fallen?’ How about talking about the substantive issues the people care about?

Most of the criticism focused on the moderators and what critics argued were hostile questions. Cruz’s point captured the sentiment behind that criticism; he claimed that the debate focused more on personal disagreements and politics than substance.

In fairness to the moderators, Cruz made that comment in response to a question on his opposition to the recent Congressional compromise, which led Congress to raise the debt ceiling. By most standards, the debt ceiling is a substantive issue, and it is particularly relevant for Cruz as it allowed him to get at his tendency to use important votes–like the 2013 budget vote that led to a government shutdown–to talk about his agenda. Now, to Cruz’ credit, and regardless of how you feel about his positions, he did try to touch on important issues during Wednesday’s debate. His comments focused on his plan for a 10 percent flat tax, addressing the national debt, criticizing of the Federal Reserve, and a brief call to reinstate the gold standard. But regardless of his attempts to focus on real issues, the one quote that everyone seems to be focusing on his call-out of the moderators.

The media criticism wasn’t confined to Rubio and Cruz, though they did their fair share to bring it into the spotlight. Other candidates, notably Donald Trump and Chris Christie, spoke out against the moderators’ questions at several points during the debate. Afterward, the Republican National Committee (RNC) also expressed its displeasure with CNBC. Reince Priebus, the RNC Chairman, said that the network “should be ashamed of how this debate was handled.” He tweeted his criticism saying:

I will fight to ensure future debates allow for a more robust exchange. #GOPDebate

In spite of the moderators, I’m proud of our team for standing up against the improper and unprofessional display put on by CNBC. — Reince Priebus (@Reince) October 29, 2015

In a review of the debate’s transcript, Bloomberg noted that in contrast to September’s debate, the candidates were more willing to criticize the moderators than each other. The analysis also found that there was a total of 14 points during which the candidates attacked the “mainstream” media. In response to the rush of criticism, CNBC’s Vice President of Communications, Brian Steel, issued a brief but direct statement. He said, “People who want to be president of the United States should be able to answer tough questions.” Although many agree with the candidates and the RNC, not everyone has criticized the moderators’ performance. While both sides have their points, it’s also important to ask why exactly the candidates are so vocal in their opposition to the mainstream media.