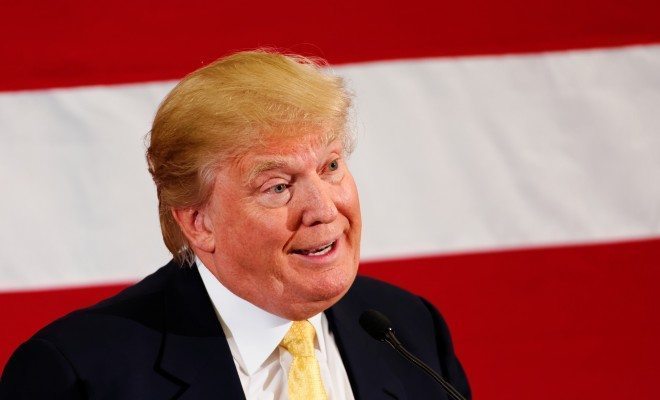 The two recent debates–the Republican debate on Thursday, January 14, and the Democratic debate from Sunday, January 17, were chock-full of strange exchanges and bizarre declarations. They were also strangely poetic; and the perfect reason to create some found poetry based on the standout performances from the debates.

For the uninitiated, Found Poetry occurs when a poet “select a source text […] then excerpt words and phrases from the text to create a new piece.” Politics and found poetry have been bedfellows before, such as when Donald Rumsfeld waxed philosophical about the essence of war in a series of found poems written by Slate’s Hart Seely. For the following found poems, all of the contents come directly from the listed speaker, and were spoken in that order. The titles, however, are of my own creation.

I Have Never Heard of the Geneva Convention

“We’re not going to bomb a tanker

Give me a break.

Just tell them that,

you put people in there,

we’re going to bomb them.

So don’t put people in there

if you don’t want them bombed.

You know, that’s so simple.

I Once Saw A Jewish Man on Television

There are many, many

in the state of New York

The values in New York City

are socially liberal or

focused around money and the media.

I hope you reconsider this.

So I hope you’ll reconsider.

The better way of dealing with this

the better way of dealing with this

is recognizing that there are people in,

you know, the — Islamic terrorists inside,

I Know They Talk About Me In The Back Of P. F. Chang’s

they send their goods

they do whatever they want to do.

They do whatever what they do, OK.

When we do business with China,

You don’t know it,

I love the Chinese people

but they laugh themselves,

they can’t believe how stupid

the American leadership is.

I Respect That You’re Taking My Lunch Money

Well, my relationship with him,

It’s one, I think, of respect.

We’ve had some very tough dealings

He’s someone that you have to

continuingly stand up to because,

I Don’t Know How To Use My Daughter’s iPhone

whether it’s a back door

or a front door

that the American principle of law

that our federal government

should have to get a warrant,

whether they want to come

through the back door

or your front door.

we have to deal

with the fundamental issues

of a handful of billionaires

Nothing real will get happened

Unless we have a political revolution

Where millions of people finally stand up.