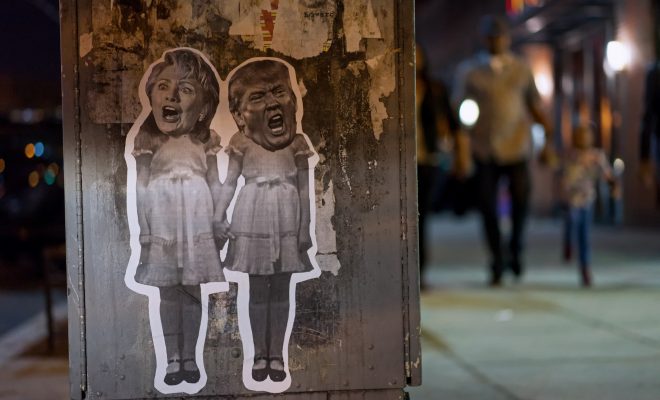 What You Need to Know About the First Presidential Debate

On Monday September 26, Hillary Clinton and Donald Trump will go head-to-head in the first presidential debate. The debate starts at 9 p.m. EST and will air on all major news networks and stream live on Twitter. Make sure you’re following Law Street on Twitter and Facebook for live debate coverage and commentary. Here’s everything you need to know heading into round one.

Clinton and Trump are the only two participants in Monday’s debate, which will take place at Hofstra University in Hempstead, New York. But what about the Green Party’s Jill Stein and Libertarian candidate Gary Johnson? The Commission on Presidential Debates, which has been sponsoring debates since 1987, invites only those candidates who receive at least 15 percent support in an average of five national polls. Clinton (43 percent) and Trump (40.4) averaged far above the 15 percent bar, while Johnson (8.4) and Stein (3.2), did not.

After months of scathing tweets and abrasive stump speeches, Monday’s debate will be the first direct engagement between Clinton and Trump of the 2016 campaign season. Expect both to make an attempt at softening their images amid historically low favorability ratings.

The man in the middle for debate number one is NBC’s “Nightly News” host, Lester Holt. In February 2015, Holt replaced Brian Williams as anchor after Williams was dropped for embellishing his war-reporting experiences in Iraq.

Holt, 57, has decades of journalism experience and is known for diving into the thick of a story, rather than reporting on it from the periphery. A week before the debate, Trump let loose a pre-emptive missile toward Holt by calling the debate “rigged.” “Look, it’s a phony system, said Trump in an interview Monday with Fox News’ Bill O’Reilly. “Lester is a Democrat. I mean, they are all Democrats. Okay? It’s a very unfair system.”

Holt is not, in fact, a Democrat, but a registered Republican.

The format for the debate is as follows: there will be six topics touched on for 15 minutes each for a total of 90 minutes. The three main topics chosen by Holt are: “America’s direction,” “Achieving Prosperity,” and “Securing America.”

In her primary debates, Clinton projected a substantive, detail-oriented posture, largely free of insults and the noise that so often dominated the Republican primary debates. She’ll likely do the same on Monday, spending her allotted time fleshing out her policies as much as possible. Trump might take a different tack. A formidable showman, Trump branded his Republican opponents with catchy nicknames in the primary debates, turning nearly all of his opponents into laughing stocks and caricatures.

But perhaps America will see a new Trump come Monday. “I think this, if she treats me with respect, I will treat her with respect,” said Trump during his interview with O’Reilly.