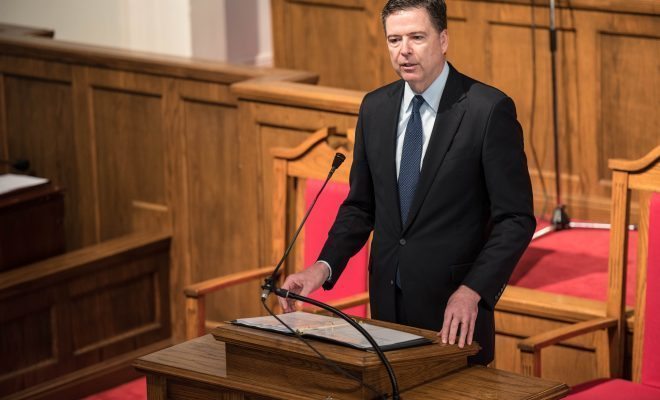 If you’re sick of hearing about Hillary Clinton’s emails, clap your hands.

James Comey is right there with you. The FBI Director said Tuesday that the bureau is recommending to the Department of Justice that no charges be brought against Hillary Clinton for using a personal email server during her term as secretary of state.

Some people are pretty mad.

In 2012, Ambassador Chris Stevens was killed in an attack in Benghazi, Libya, prompting a long string of investigations and questions about officials’ actions at the time–officials including a key player, then-Secretary of State Hillary Clinton.

Part of the investigation was a look into Clinton’s email, which revealed that she had been using a personal server during her time heading up the State Department, which got more than a few people feeling uneasy. As secretary of state, she had access to a lot of classified information, which wasn’t supposed to be mixed in with her personal notes or hair appointment confirmations. This scandal has followed Clinton all throughout her campaign.

Comey said that the FBI didn’t find enough evidence to show that she intentionally mishandled the classified information, but did slide a little commentary in about how she was “extremely careless” with it. The Bureau is technically passing the case over to the Department of Justice to make a prosecutorial decision, but its recommendation essentially means there will be no prosecution.

While Hillary supporters are rejoicing, this recommendation is fuel for certain other candidates who don’t play nice with the Clintons and use “Crooked Hillary” in a good portion of their tweets.

Samantha Reilly
Samantha Reilly is an editorial intern at Law Street Media. A New Jersey native, she is pursuing a B.A. in Journalism from the University of Maryland, College Park. Contact Samantha at SReilly@LawStreetMedia.com.
Share:
Related ItemsEmailFBIHillary ClintonJames ComeyState Department