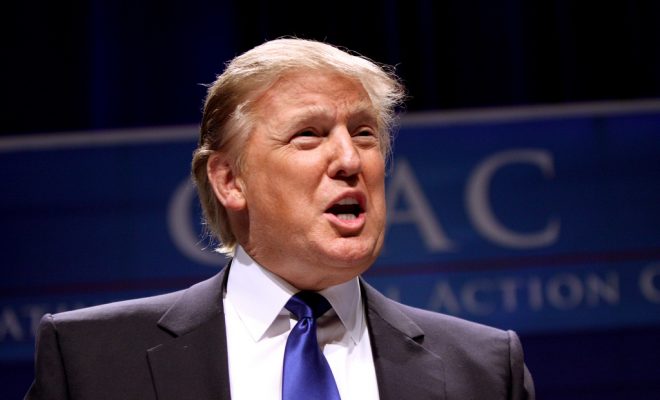 Donald Trump is the Most Unfavorable Presidential Candidate In Recent Years

We are constantly bombarded with headlines talking about presidential candidate Donald Trump as the frontrunner of the Grand Old Party, and we often ask “why?” and “what are people thinking?” and “when is he going to go away?” You know, causal questions. We all see the percentages, but how many people across the county really like Trump?

According to the most recent two-week average from Gallup, 33 percent of Americans surveyed nationwide had a favorable view and 60 percent had an unfavorable view of the businessman, who has risen in the polls and garnered a hefty amount of media attention because of his fiery attitude and defiance of political norms and correctness.

In Gallup’s findings, Editor-in-Chief Frank Newport explains that Trump, “has a higher unfavorable rating than any nominated candidate from either of the two major parties going back to the 1992” (1992 was the first year Gallup recorded favorability percentages).

While Trump’s number seems a bit extreme, some of the other candidates aren’t too far behind.

Check out a graph of some of the other ratings (modern and historical) below:

This puts Trump’s net favorability in the negatives at -27 percent, and according to Gallup, is higher than Clinton and Bush’s net -10 percent favorability.

“The bottom line is that Trump now has a higher unfavorable rating than any candidate at any time during all of these previous election cycles,” said Newport. “That conclusion takes into account the fact that unfavorable ratings tend to rise in the heat of a general election campaign as the barbs, negative ads and heightened partisanship are taken to their highest levels.”

The moral of the story is that if we blame Obama for everything now and he still had lower unfavorable ratings then, who knows what the world will become if a man like Trump becomes president. So, don’t believe everything you read about how much everyone likes Trump–it’s not technically true.

Julia Bryant
Julia Bryant is an Editorial Senior Fellow at Law Street from Howard County, Maryland. She is a junior at the University of Maryland, College Park, pursuing a Bachelor’s degree in Journalism and Economics. You can contact Julia at JBryant@LawStreetMedia.com.
Share:
Related Items2016Donald TrumpGallupGOPPoll NumbersPollingPresidential PrimaryPrimariesRepublicanVoting