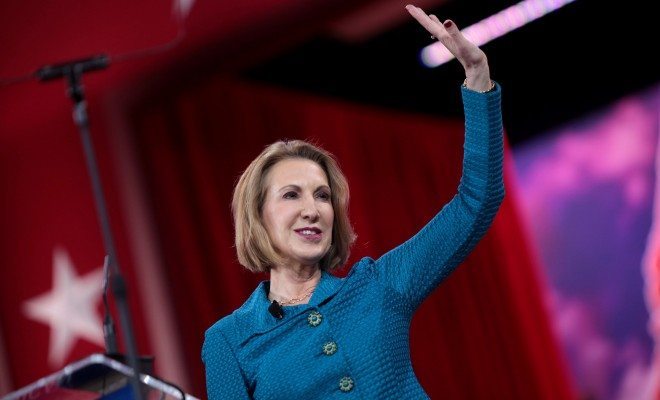 Cruz Finds His Outsider: Too Early and Too Late

Both Republicans and Democrats have been enamored with “outsiders” this election year: whether it’s Trump’s meteoric rise among the GOP voters desperate for a “non-politician,” or the Bernie Sanders voterbase raving about the necessity of a politician who isn’t connected with the D.C. elites. Every candidate has been adjusting their message to avoid seeming too familiar with the current state of politics. Trump says it’s time to stop listening to the experts. Bernie wants to tear down the establishment. Cruz is running on the idea that he won’t work with Washington, but that he has worked against it.

Basically, experienced and accomplished politicians are trying their best not to seem experienced or accomplished, because those qualities scare and confuse the average American voter. For candidates like Ted Cruz, John Kasich, and Hillary Clinton, this poses a huge problem. How can you tell people you’re ‘not a politician’ when you’ve been in office since the seventies? How do you resist looking like an ‘insider’ when you’ve literally lived inside the White House before?

In order to save his campaign after a brutal Tuesday, in which Cruz placed last in four out of five contests, Cruz is bringing in his own outsider. Ted Cruz, the man who is currently not winning the Republican nomination, announced Wednesday that if he secures the Republican nomination (a huge if), he’d select Carly Fiorina as his vice presidential candidate.

Fiorina’s only real experience in the political sphere was a failed Senatorial campaign against Barbara Boxer. You may remember her from her stand-out performance in the Republican debate where she invented a fictional video of an aborted fetus’s organs being harvested and told the nation about it in gory detail. Fiorina is often heralded as a successful businesswoman–after all, she was the female CEO of a Fortune 500 company, certainly no small accomplishment. Her business acumen has been questioned, however, and by questioned I mean constantly assailed, with reports arguing she was disastrous and terrible. Fiorina laid off over 30,000 employees, and was forcibly ousted from her position. In short, Carly Fiorina is all fire and no function–the antithesis of a pragmatic, predictable insider who knows her way around Washington.

The veepstakes shouldn’t begin until nominations are made, or at the very earliest when a nomination is a foregone conclusion. In that sense, this kind of move is way too early, as we shouldn’t be seeing these sorts of announcements until late May, even June. But the reason this feels like a last-ditch effort is because this kind of is a last ditch effort. If Cruz wanted to adjust the image of his campaign to be more outsider-friendly, he should have done it before he was lagging so far behind that nothing he does will have much effect.

So why is this happening? Could it be that the American public trusts unproved talent simply because that candidate hasn’t had a chance to fail yet? Do we shrug at experience because we’re impulsive gamblers who would rather let someone new take the wheel just because it’s more interesting? There’s no clear answer, and it’s hard to understand the why behind the impulsive and nonsensical behavior of the primary voters. The only safe bet is that Cruz’s pick of Fiorina is bizarre, telling, and destined to flop.