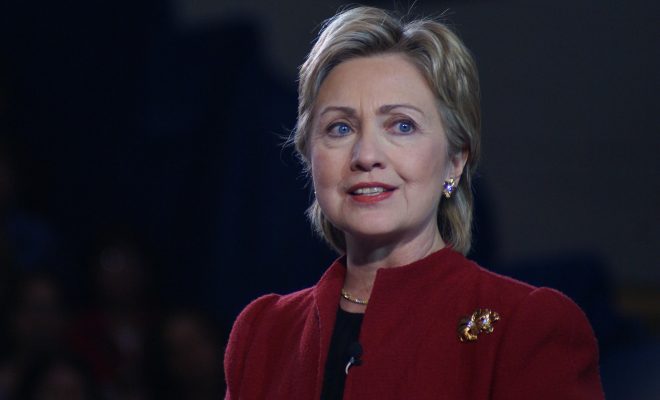 Presidential nominee Hillary Clinton received the endorsement of The Arizona Republic editorial board on Tuesday evening–a decision that changed the course of the paper’s history.

Arizona’s largest newspaper has been in publication since 1890 and has never endorsed a Democrat for president.

The endorsement comes a day after the first presidential debate–a debate which saw Republican nominee Donald J. Trump failing in the eyes of the paper. The editorial board released a statement online to explain their decision:

Since The Arizona Republic began publication in 1890, we have never endorsed a Democrat over a Republican for president. Never. This reflects a deep philosophical appreciation for conservative ideals and Republican principles.

This year is different.

The 2016 Republican candidate is not conservative and he is not qualified.

That’s why, for the first time in our history, The Arizona Republic will support a Democrat for president.

The editorial board noted Trump’s clumsiness on the world stage, lack of respect for women, and an inability to control his words as some of the reasons why they have chosen to endorse Clinton. The board recognized Clinton’s missteps, but despite her flaws, the former Secretary of State was deemed the superior choice.

“Hillary Clinton is super progressive and liberal and to prove it here is a list of all the Republicans voting for her.”

The Arizona Republic joins other major papers with conservative editorial boards in endorsing Clinton or declining to endorse Trump. The Cincinnati Enquirer and Dallas Morning News are two other notable examples.

Republican elite have continued to support Clinton–exposing the complicated reality of the Republican Party.

Bryan White
Bryan is an editorial intern at Law Street Media from Stratford, NJ. He is a sophomore at American University, pursuing a Bachelor’s degree in Broadcast Journalism. When he is not reading up on the news, you can find him curled up with an iced chai and a good book. Contact Bryan at BWhite@LawStreetMedia.com.
Share:
Related Items2016 Presidential ElectionDonald TrumpHillary ClintonRepublican EndorsementsThe Arizona Republic