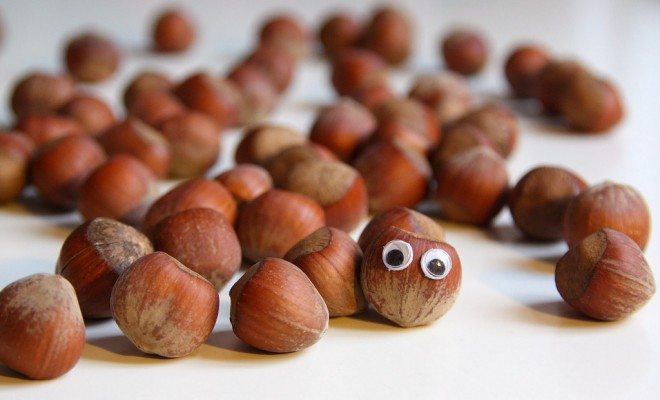 What Can we Learn from Deez Nuts?

If you haven’t already heard, Deez Nuts–the independent candidate from Iowa–is polling at nine percent in North Carolina and close to that in other early primary states. Deez Nuts will obviously never be president, but a series of recent polls may highlight the issues with other, more ordinary polls when they are conducted so early on in an election cycle. While videos of news anchors attempting to seriously report the poll’s findings are certainly hilarious, Deez Nuts may tell us something deeper about polls in general.

But first, who is Deez Nuts and how did he manage to get on a poll like this in the first place? The poll featuring the illustrious Iowan Independent was conducted by Public Policy Polling (PPP), a liberal polling firm that produces polls for the public as well as its paying clients. After the poll’s results went viral, reporters finally started to ask the question: who is Deez Nuts? Deez Nuts, according to several media reports, is actually a 15-year-old boy from Iowa named Brady Olsen. While Olsen is two decades away from being constitutionally eligible to run for president, Deez Nuts has officially submitted a statement of candidacy with the Federal Elections Comission for the 2016 election. Jim Williams, a polling specialist at PPP, told the Daily Beast that his company received an email saying, “I’m Deez Nuts. I’m running. Here’s my filing statement. Would you poll me?” The company’s reasoning–according to its Twitter account–“YOLO.”

This isn’t the first time PPP has run a rather eccentric poll. Public Policy Polling is also the company that compared Americans’ approval ratings of random things with their approval rating of Congress. This poll led to headlines like, “Congress is less popular than lice, colonoscopies and Nickelback.” The firm has also received a fair amount of scrutiny from the media for allegedly “herding” its poll results, which involves adjusting a poll’s findings to fit better with the results of other polls or the polling average. While PPP may have herded previous polls, it is (so far) the only firm to survey people about Mr. Nuts, so no polling average exists for comparison.

PPP conducted three surveys asking voters about Deez Nuts–whether they viewed him favorably and whether they would vote for him, Hillary Clinton, or Donald Trump. Relative to the other two candidates, he polled at seven percent in Iowa, eight percent in Minnesota, and nine percent in North Carolina where Clinton and Trump received 38 and 40 percent respectively. Here are the results reported by ABC6 Columbus (yes, this was actually aired on TV):

There are several potential reasons why North Carolina voters may have chosen Deez Nuts over the Democratic and Republican frontrunners. Some may not like the available selection of candidates, others may be dissatisfied with politics or both parties in general, and some may not be able to resist choosing Deez Nuts when asked who they would vote for. What is more important than the reasons behind this poll’s results, is the fact that people’s opinions will likely change a lot before primary elections and even more so before the general election. Among North Carolina voters, Deez Nuts has a six percent favorability rating, 13 percent view him unfavorably, and 81 are not sure.

While this poll was certainly fun, it does point to some potential drawbacks of early polls in general. When people know little about the candidates, name recognition–or in Mr. Nuts’ case, an unorthodox name–could be enough to inflate poll numbers, but as time goes on and people learn more about who the candidates are and what stand for, the poll results start to adjust. As the campaign continues, candidates may also get caught up in controversy or flat out embarrass themselves–causing their numbers to fall. What’s more, polls that take head-to-head matchups for a general election before the primary has even occurred, like PPP’s poll with Deez Nuts, do not provide much useful information the summer before an election year. For obvious reasons, giving three options from different parties more than a year before the election and several months before the primaries will not give a great picture of what the matchup actually looks like. As Danielle Kurtzleben from NPR puts it, “That might tell you a little bit about how the election would turn out if it were held today, but unless you’re reading this on Nov. 8, 2016, the election is not today.”

This is not to say that polls will never predict the outcome of an election well before people cast their votes, but accurate predictions generally come when candidates are established and already have other structural advantages–for example a president running for reelection or a sitting vice president will already have high polling numbers among members of his or her own party well before the primary. Put simply, it’s not the fact that someone is polling well, rather the reasons behind it that determine the likelihood that they will win the election. Early polls can be accurate, but in these cases you often don’t need a poll to tell you a candidate is popular. PPP’s Deez Nuts poll made for some great headlines and some early election fun, but it also shows the importance of looking at a poll and the questions that it asked before you draw your own conclusions.