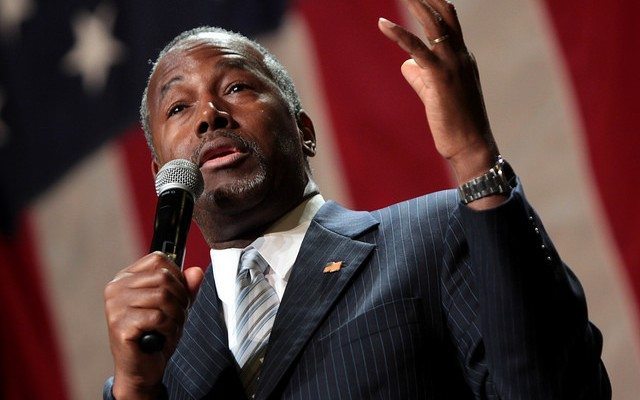 Everybody’s got their ‘guy.’ He’s the first person to take your side when the going gets tough, and your intermediary with all the people you just don’t have time for. For Donald Trump, Ben Carson is that guy, and somehow, he’s the guy Trump trusts with his secrets. The trouble is, Carson might not be exercising the caution a campaign surrogate usually needs to.

Ben Carson was riding in a car with his wife Candy on his way to an interview, when the reporter who was along for the ride told him about a poll stacking up the favorability rankings of potential vice presidential picks. The reporter told Carson the names on the list, in order of favorability. After Ben Carson, who was seen as the most favorable vice presidential pick, the list included John Kasich, Marco Rubio, Ted Cruz, Sarah Palin, and Chris Christie.

After stating that he was not interested in being a part of Donald Trump’s administration, Carson did what no nominee’s spokesperson should do: he told the press about the short list. When asked about those five names, Carson said “Those are all people on our list.”

The media will endlessly speculate about potential vice presidential nominees, but until the announcement is made, campaigns are usually tight-lipped about who their candidate is actually considering. Hillary Clinton’s vice presidential choices are under tight wraps, with pundits’ speculations spanning from Elizabeth Warren to John Kasich. Closely guarding the decision-making process keeps the campaign’s final selection exciting, and insures against a bombshell found during the vetting process.

Of course, Carson tried to walk back his statement, calling the Washington Post to explain. “When it comes to who could be the vice president and you name a list of people, I’m going to say yes to everybody, everybody could potentially be considered, doesn’t mean they are on the shortlist.” So when Ben Carson says “Those are all people on our list” that doesn’t mean they are actually on the list.”

The candidates mentioned in the poll do present a VP Vexing Problem–the candidates are either unknown to the public, or they are highly unfavorable, with ratings like Palin’s and Cruz’s around 50 percent unfavorable. Clinton’s camp has a different problem–their choices aren’t too strongly unfavorable, but most of them are unknown to the general public. Likely choices such as Tim Kaine, Sherrod Brown, and Julian Castro are unknown by 30 to 40 percent of voters. The good news for Clinton is that no one–not Huma, not Bill, not anyone–is dishing out her tightly-held list of candidates.