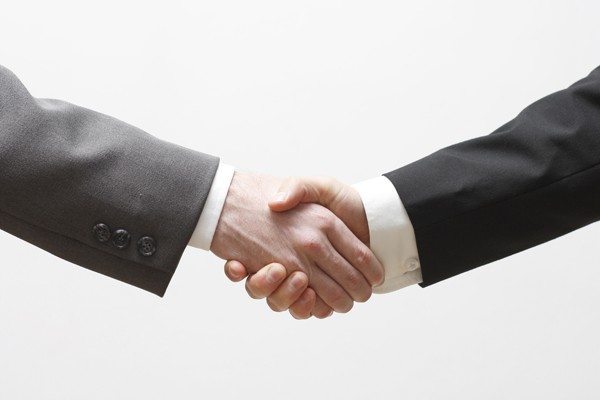 Louis Shenker: How Did a 17-Year-Old Sneak into the Democratic Debate?

Remember Louis Shenker, the young man who made waves by sneaking into the Democratic debate? Well this past week I had the opportunity to chat with the surprise guest of the debate held two weekends ago on January 17. As a quick recap, in case you didn’t hear about this wonderful feat, a 17-year-old from Longmeadow, Massachusetts managed to sneak past several levels of security and make his way on stage at the debate, shook each of the candidates’ hands, and appeared on national television. The story originally surfaced on Twitter when people called out Shenker, said teen, for his loud silk jacket and seemingly out-of-place presence. Shenker then posted a blog describing the whole experience in nearly comedic detail–the whole thing seemed like an elaborate sitcom plot.

How I Snuck into the South Carolina Democratic Debate https://t.co/000EQUYXqH pic.twitter.com/CbRjmCkQMF

In attempt to learn a little more about this daring experience and figure out just what it takes to make it onstage at a nationally viewed event, my fellow editorial intern, Sean Simon, and I talked with Louis over the phone this past Friday. It started off as your average interview conversation; Louis told us about how he is a junior in high school, how he works at a local Chinese restaurant, and how he plays guitar and didgeridoo (not to mention the fact that he has created two didgeridoos himself, one out of cardboard and one out of PVC pipe). I’d also like to take a hot sec to acknowledge the fact that this young man has actually opened up for Hoodie Allen on the didgeridoo, and, if that doesn’t scream accomplishment, I don’t know what does.

Once we got into the swing of things, we asked Louis a little bit about what prompted this whole string of sneaking into debates, and this is what he had to say about the first debate he snuck into:

Looks like Snapchat can be informative and educational–take that, mom! So, after asking around about some details and for some opinions, Shenker decided to seize the opportunity and head to the GOP debate, even after being told not to go by both his siblings and his dad. The GOP debate was apparently the perfect practice for sneaking into the Democratic debate a few days later; Shenker gave some insight into what he learned the first time and how that helped him out:

I learned a little bit more about how they ran, what the situation was and stuff like that, so by the time the Democratic debate rolled around on Sunday, I had a pretty good understanding of the workings behind the scenes and stuff like that. What would be good to say, what would be good to do, how to act, how to dress and that kind of thing. And so I tried my luck and, yeah, I was pretty lucky.

When it finally came time to talk about the debate that was on all of our minds–the one where Shenker ended up onstage shaking Hillary Clinton’s hand–we started off by asking him if he had any clue at all that he was going to end up on national television that day. His response? He hadn’t even thought he was going to get into the debate because of how small the venue was in comparison to the GOP debate a few nights before. He said that once he got in, he figured he had to see how far he could take it and try to “roll with it” a little bit. Shenker claims that by the time he was in the front row “there was really only one thing left to do, and that was to be on stage.”

Of course, we asked the million dollar question of the interview: when were you most concerned about being caught? Interestingly enough, Shenker claims he was never even really worried about it, though there was a point when he was trying to get on stage where he had a little bit of stage fright himself:

I guess I was the most nervous when I was trying to walk backstage onto the platform for the debate because thats where I thought there’d be the most security. Either that, or just getting into the debate itself. Once I was in the debate I was pretty much in good standing.

Nerves or not, Shenker made it all the way to shake hands with the candidates, but those three weren’t the first potentially presidential hands he had shaken. Believe it or not, Shenker told us that he has traded handshakes with all of the presidential candidates except Ben Carson and Donald Trump. We asked him to rate his top three and (in this specific order) they included Bernie Sanders, whose handshake was firm; Jeb Bush, whose hands were pretty soft; and Martin O’Malley, who had a nice strong grip. Shenker also volunteered details about his handshake with Hillary Clinton (which, might I add, was caught on national television), saying it was pretty cold, which he attributed to potentially poor circulation. After some quick research thanks to a tip from Sean, I found that, yes, Clinton does suffer from both hypothyroidism and seasonal allergies.

On the other end of the spectrum, with the worst handshakes, Shenker listed John Kasich and Ted Cruz, claiming that they just weren’t that special or memorable. To the candidates’ credit, Shenker noted that all of their handshakes were really pretty above average, probably thanks to the years and years of practice they have all had as politicians.

What does Shenker have to say about the candidates’ presence in person? Well confidence is key; he said they all just exude confidence and personality, especially his pick for the Democratic nomination, Senator Bernie Sanders. He said to keep in mind that these candidates are real people, not idolatrous figures or greater powers, and said that that realization was one of the biggest changes to his viewpoint after meeting them: they’re real. On why he likes Sanders specifically, Shenker said,

Ever since I came across Sanders about three years ago, even before this whole election cycle started, I thought that he was a good guy. A lot of people were like ‘oh that’s just cause he’s Jewish’ but you know that’s not really the only reason that I support him. I think that a lot of his view points that he’s expressing with the struggle of money and politics as a huge issue, I think it is a tremendous issue that is really corrupting the system. He is very genuine. He seems like he cares more about people… There’s also something about liking an underdog…Having someone who sees the importance of education and infrastructure and all the social changes that resonate pretty strongly with me and my generation, I feel like he’s the candidate who gets the most.

Pretty perceptive of him–looks like it’s not just the millennial women jumping on the Sanders train!

Last, but certainly not least, we asked Shenker to tell us when he knew he had made it and if he had any last words of wisdom for us–he hit us with some seriously existential thoughts:

I wouldn’t say [I feel] famous. I always like having cool stories and I thought this would be a cool opportunity for a story. But, once I knew I was on TV for a moment, I mean, my friends were all texting me, calling me, and stuff like that, was kind of when I realized, oh, maybe there’s something a little more to this… In ten days no one will care, no one will remember, but for now it’s fun.

And his final thoughts on the whole shebang were pretty inspirational:

People need to understand that you can’t let opportunities pass you by, or at least that’s the way I view things. Whenever there’s an opportunity, whether it’s something at school, or a dance or a concert or something, just go to it. Have fun… Too many people sit inside their house watching TV or staying on their phones and they don’t get out and actually do things… I think something important to learn is that, when you’re stagnant, you’re really just not actually living life to the best potential, and I think it’s wrong to let opportunities pass you by.

Overall, it’s pretty clear that Louis Shenker had his own one-of-a-kind experience. So, with that in mind, and opportunities ahead, go out and sneak into your own Democratic debate–or whatever your version of that may be. You never know what may be waiting for you.

Alexandra Simone
Alex Simone is an Editorial Senior Fellow at Law Street and a student at The George Washington University, studying Political Science. She is passionate about law and government, but also enjoys the finer things in life like watching crime dramas and enjoying a nice DC brunch. Contact Alex at ASimone@LawStreetmedia.com
Share:
Related ItemsDebateDemocratic DebateGOPHillary ClintonLouis ShenkerSouth Carolina