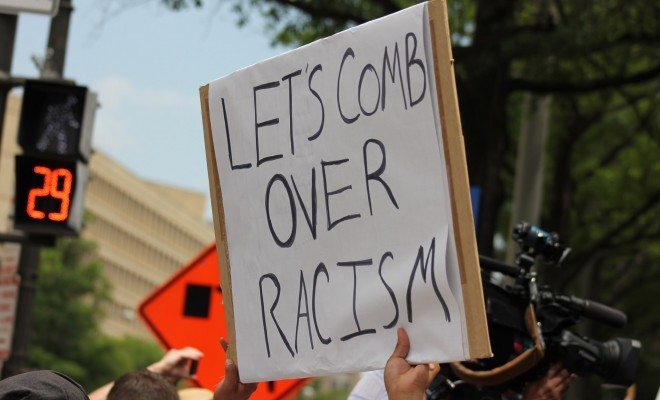 Campaign season is upon us, and that means plenty of rallies and debates…and hilarious protest signs. Each of the candidates is bound to have someone show up to a rally donned in a creative outfit or holding an angry sign to expose the candidates’ supposed wrong doings (or in one case, their secret acting career in “The Office”). Nonetheless, protesters never cease to amaze us with their bizarre connections and the unique ideas for protests. Here are some of our favorites from this year’s election cycle so far:

Obviously, if Ted Cruz likes Nickelback, that disqualifies him as a legitimate candidate for the presidency. Will he really be taken seriously by other world leaders? These are the questions we need to ask ourselves now.

Julia Bryant
Julia Bryant is an Editorial Senior Fellow at Law Street from Howard County, Maryland. She is a junior at the University of Maryland, College Park, pursuing a Bachelor’s degree in Journalism and Economics. You can contact Julia at JBryant@LawStreetMedia.com.
Share:
Related Items20162016 ElectionsCampaignCampaign RallyProtest SignsProtests