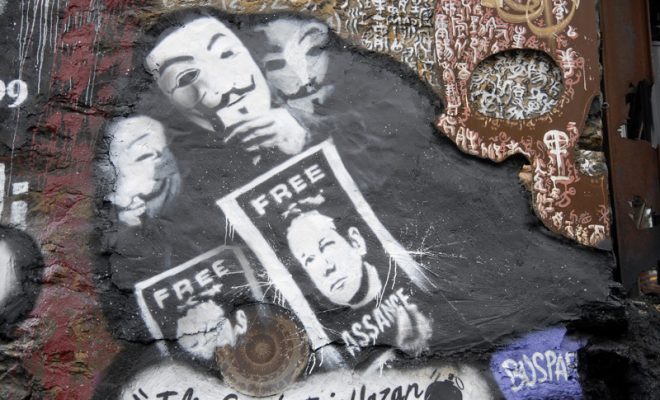 Did WikiLeaks Expose the Private Information of Innocent Saudi Citizens?

Is WikiLeaks sacrificing the personal privacy of innocent people in its mission for transparency? On Tuesday, the Associated Press reported that the organization’s decision to publish the Saudi Cables last year–in which about a half-million documents from the Saudi Foreign Ministry were made public–exposed the sensitive personal information of hundreds of ordinary citizens. Among those exposed are rape victims, the mentally ill, and LGBT individuals who were essentially “outed” by the leaks.

The cables were published last year, but the AP’s report sheds some light on how WikiLeaks often goes beyond its stated mission, harming the privacy of innocent individuals who may themselves be left vulnerable by leaked documents. The organization claims that the transparency it brings about “creates a better society for all people,” but some of the information exposed is not just embarrassing for the citizens involved–it could even put them in danger.

For example, the AP notes that the leaks include the name of a gay Saudi citizen who was arrested for homosexuality. This “outing” could have profound consequences for the individual, considering that the illegality of being gay in the Kingdom “can lead to social ostracism, a prison sentence, or even death.”

Wikileaks fired back on Twitter, denying that it leaked anything that the government did not already know and alleging that the AP was simply bringing back an old story to stir up controversy in an election year:

No, WikiLeaks did not disclose “gays” to the Saudi govt. Data is from govt & not leaked by us. Story from 2015. Re-run now due to election.

The organization also tweeted about the importance of the Saudi cables, noting that it exposed important information about the Kingdom that was not being covered by the media:

This isn’t the first time that the site has exposed personal information. Last month, when the organization leaked thousands of emails from the Democratic National Committee, it included the credit card and social security numbers of a few dozen people, the report notes.

Julian Assange, the Wikileaks founder, has attempted to be a strong advocate for privacy in the past, penning a New York Times op-ed on the necessity of protecting privacy in a “surveillance society.” However, while he criticizes modern-day companies and the government for eroding the privacy of individuals, his organization has clearly done the same by leaking Saudi citizens’ personal information.

There is no evidence that the exposure of the information was intentional, but it brings to light some interesting dilemmas facing the organization and its mission: is there a way to be completely transparent without making innocent individuals vulnerable? And how much is too much when it comes to leaking sensitive information? The AP report just reinforces the ethical and moral issues surrounding WikiLeaks, resurfacing debates that have been around since the site launched and will undoubtedly continue as the site leaks additional information.

Mariam Jaffery
Mariam was an Executive Assistant at Law Street Media and a native of Northern Virginia. She has a B.A. in International Affairs with a minor in Business Administration from George Washington University. Contact Mariam at mjaffery@lawstreetmedia.com.
Share:
Related ItemsAssociated Pressjulian assangePrivacySaudi ArabiaSaudi CablesWikileaks