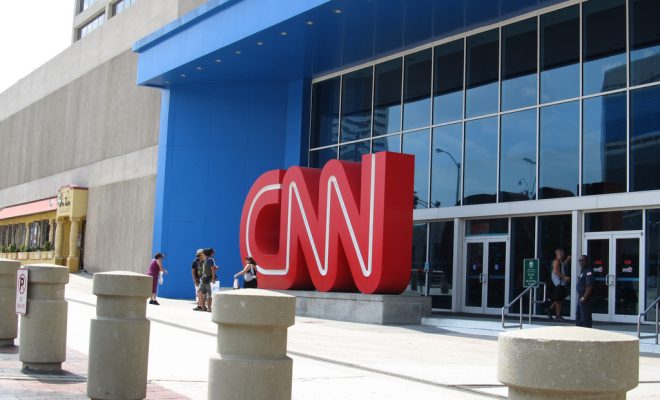 Last week, CNN aired an investigation that alleged the involvement of Venezuelan Vice President Tareck El Aissami in an operation that issued passports to people with links to terrorism out of its embassy in Baghdad. On Wednesday, in response to the broadcast, Venezuela pulled the plug on CNN en Español. Venezuela’s scuffle with CNN comes a few days after the Trump Administration imposed sanctions on El Aissami, who it says played a “significant role in international narcotics trafficking.”

After a year-long investigation, CNN released its report in a two-part broadcast on February 6 and 8. Out of the Venezuelan embassy in Baghdad, officials issued over 150 passports in exchange for thousands of dollars, the CNN report said. According to intelligence documents obtained by CNN, El Aissami, 42, directed the passport-for-cash operation. At least some of the passports were issued to members of Hezbollah, an Iran-backed Lebanese jihadist group that the State Department considers a terrorist group.

A little more than a week after its report aired, the Spanish-language version of CNN was pulled in Venezuela. The English-language CNN channel remains on the air. Responding to Venezuela’s silencing, a CNN spokesperson said: “We believe in the vital role that freedom of the press plays in a healthy democracy. Today, the government of Venezuela pulled our television signal, denying Venezuelans news and information from our television network, which they have relied on for 20 years.”

A bi-partisan group of U.S. congressmen recently pushed the White House to sanction Venezuela, whose socialist government is in shambles–its citizens are struggling to find food and daily necessities. On Monday, the Treasury Department levied sanctions on Venezuelan officials, including El Aissami. In a statement, the Treasury Department said El Aissami “facilitated shipments of narcotics from Venezuela, to include control over planes that leave from a Venezuelan air base, as well as control of drug routes through the ports in Venezuela.”

Under the sanctions, El Aissami’s American assets will be frozen, and U.S. companies are blocked from doing business with him. On Wednesday, embattled Venezuelan President Nicolás Maduro decried the recent inflammatory actions stemming from CNN and the U.S. “CNN and the State Department are imposing on you a wrongheaded policy toward Venezuela,” Maduro  the Venezuelan people. “They are promoting a general and massive intervention, and aggression against Venezuela.”

Alec Siegel
Alec Siegel is a staff writer at Law Street Media. When he’s not working at Law Street he’s either cooking a mediocre tofu dish or enjoying a run in the woods. His passions include: gooey chocolate chips, black coffee, mountains, the Animal Kingdom in general, and John Lennon. Baklava is his achilles heel. Contact Alec at ASiegel@LawStreetMedia.com.
Share:
Related ItemsCNNHezbollahNicolas MaduroSanctionsTareck El AissamiVenezuela