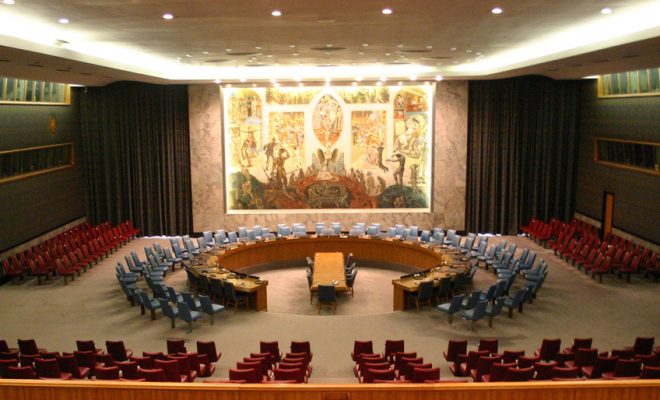 In the latest attempt to cripple North Korea’s nuclear capabilities, the United Nations Security Council (UNSC) imposed new restrictions on its coal export industry. UN Secretary General Ban Ki-moon called the new sanctions, which were unanimously approved by the 15-member council on Wednesday, “the toughest and most comprehensive” yet.

The sanctions are a direct rebuke to Pyongyang’s largest and most recent nuclear test that occurred in early September. They will aim to trim $700 million from the insulated country’s coal revenues, which UN member-states hope will lead to diplomatic discussions. The sanctions limit North Korea to exporting up to 7.5 million metric tons of coal in 2017, or to bringing in $400 million in revenue, whichever figure is reached first.

“So long as the DPRK makes the choice it has made, which is to pursue the path of violations instead of the path of dialogue, we will continue to work to increase the pressure and defend ourselves and allies from this threat,” said U.S. Ambassador to the UN Samantha Power, referring to the country’s official title, the Democratic People’s Republic of Korea.

China, perhaps even more so than North Korea, will be responsible for ensuring the new sanctions are enforced. As the foremost customer of North Korean coal, and its chief financier and source of aid, China cannot lean on the vague language of previous sanctions to skirt around the new limits. The last round of sanctions, imposed in March, also aimed to curb the country’s coal exports, but with an exception: exports could surpass the imposed limits if they supported “livelihood purposes.”

China used that language as a license to continue importing North Korean coal in copious amounts. In fact, after the sanctions took effect in April, China imported a record amount of coal from its nuclear neighbor. The new sanctions clarified the “livelihood” exception as being reserved only for North Korean citizens.

North Korea responded to the sanctions through its state-controlled Korean Central News Agency. “Obama and his lackeys are sadly mistaken if they calculate that they can force the DPRK to abandon its line of nuclear weaponization and undermine its status as a nuclear power through base sanctions to pressurize it,” the statement said, adding that the sanctions came from the instructions of the U.S. The statement had an ominous conclusion, saying the U.S. will “be held wholly accountable in case the situation on the Korean peninsula and in the region is pushed to an uncontrollable phase.”