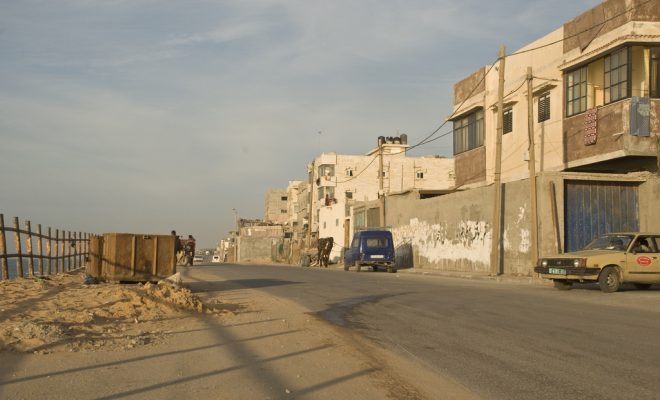 Is a U.N. Aid Employee an Agent of Hamas?

In July, Israel’s security agency, the Shin Bet, arrested an employee of the United Nations Development Program (UNDP) on charges of assisting Hamas, the Gaza Strip’s governing body recognized by the U.S. as a terrorist organization. On Tuesday, that employee, 38-year-old Wahid Abd Allah Borsh, a Palestinian, was officially indicted. It marks the third time this week Israel accused an employee of an international aid organization with aiding Hamas.

“These are not independent incidents, but a worrying trend of Hamas terrorists systematically taking advantage of U.N. groups,” Israel’s ambassador to the U.N., Danny Danon, said.

Since the 1970s, the UNDP has worked to repair homes and other structures in Gaza and the West Bank that have been damaged by fire exchanged between Israel and Hamas. Borsh worked as an engineer on rehabilitation projects in Gaza since 2014. In conversations with Shin Bet officials, Borsh said Hamas directed him to attain status within UNDP so he could help finagle projects that would benefit the group.

According to Shin Bet, Borsh also tipped off Hamas whenever UNDP would come across  caches of weapons or the entrances to tunnels that the terrorists would use to smuggle into Israel. Doing so allowed Hamas to come in and commandeer the site before UNDP could make a move. Borsh–from the Jabaliya refugee camp in Gaza, a 140 square mile area on the Mediterranean Sea–is also accused of helping build a marina for Hamas operatives in 2015.

Shin Bet also said Borsh told them that Hamas directed him in 2014 to “focus on his work in the UNDP in a way that would allow Hamas to extract the greatest possible benefit from him.” In their rebuttal statement, Hamas called the claims of planting agents in aid organizations “false and baseless,” adding that if Israel continues to make such accusations, it will face “dangerous consequences.”

Israel’s accusations began last Monday when the Shin Bet asked Save the Children, a charity that supports programs in Gaza, to investigate one of its employees, who Israel claims has been recruited by Hamas’s armed wing. And last Thursday, Israel accused an employee of the Christian aid organization World Vision of diverting millions of dollars in donations to Hamas.

UNDP has yet to respond to Israel’s claims. Israel’s Deputy Foreign Minister Tzipi Hotovely called on the development agency to initiate an investigation “in order to ensure that an organization that is supposed to work toward peace and calm is not supporting a murderous terrorist group.”

Alec Siegel
Alec Siegel is a staff writer at Law Street Media. When he’s not working at Law Street he’s either cooking a mediocre tofu dish or enjoying a run in the woods. His passions include: gooey chocolate chips, black coffee, mountains, the Animal Kingdom in general, and John Lennon. Baklava is his achilles heel. Contact Alec at ASiegel@LawStreetMedia.com.
Share:
Related ItemsGaza StripHamasIsraelPalestiniansU.N.UNDPWest Bank