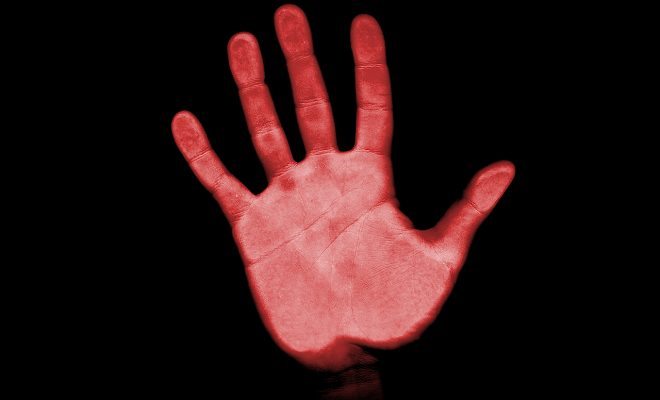 The leader of the The Council of Islamic Ideology (CII) recently proposed a bill that would allow husbands to “lightly beat” their wives if they need to as a form of punishment.

The proposal, written by Maulana Muhammad Khan Sherani, makes no mention of “forceful beating”– because that would just be too illogical of an idea.

The CII is a 20-member group that councils the legislature on the religious aspects of the law. The council advises as to whether or not laws fall in line with the Islamic ideology, however, its recommendations are not binding.

The bill was drafted in response to another bill created to protect women from abuse. The CII wrote that the Punjab Women Protection bill was “un-Islamic.”

According to The Express-Tribune, a Pakistani news source, the bill states:

A husband should be allowed to lightly beat his wife if she defies his commands and refuses to dress up as per his desires; turns down demand of intercourse without any religious excuse or does not take bath after intercourse or menstrual periods.

The bill also calls for a light beating when a woman does not wear her hijab, interacts with strangers, and speaks too loudly, according to The Express-Tribune.

In addition, Dawn reports that the proposal states that women are also barred from getting birth control without spousal consent and mothers must breastfeed for a minimum of two years, among other bans and requirements.

The announcement of this proposal sparked protests on Twitter, and one photographer took it upon himself to document women’s reactions.

Pakistani photographer Fahhad Rajper created a photo album with the hashtag #TryBeatingMeLightly to show that Pakistani women are willing to put up a fight in opposition of the bill. The hashtag trended on Twitter, inspiring users from all around the world to join in on the discussion.

#TryBeatingMeLightly and I will break your jaw in thousand pieces.

“#TryBeatingMeLightly is an initiative to empower women amongst us who work towards individual and collective betterment,” Rajper told Buzzfeed. “It’s an opportunity for those to voice their opinions who can’t or don’t. The women around me, at my home, in my friend circle and in the industry that I love.”

Here are some of his photographs:

#TryBeatingMeLightly and take a punch in the ass!
Amber Zulfiqar, Travel and Lifestyle Blogger. pic.twitter.com/pWUJXXlQHK

#TryBeatingMeLightly -I’ll run a car over you with my 7years of driving experience!
Priyanka Pahuja,Digital Marketer pic.twitter.com/depoCpINJ6

“It is difficult to comprehend why anyone in his right mind would think that any further encouragement or justification is needed to invite violence upon women in Pakistan,” the HRCP said.

The HRCP also discussed its confusion as to why the CII’s recommendations had not been questioned before. The answer to this may be in part due to a lack of social awareness. But thanks to an expanding social media presence, thousands of women have come forward to condemn and fight against the recommendation.

“HRCP would like to know why the CII’s obsession with women, its attempts to ensure subservience of the female gender and to keep women from attaining equal standing in society have not been called into question so far,” the HRCP said.

The CII, while a highly influential body, can only make suggestions. It is up to the Pakistani legislature to decide whether or not citizens must legally abide by them.

Julia Bryant
Julia Bryant is an Editorial Senior Fellow at Law Street from Howard County, Maryland. She is a junior at the University of Maryland, College Park, pursuing a Bachelor’s degree in Journalism and Economics. You can contact Julia at JBryant@LawStreetMedia.com.
Share:
Related ItemsCIIDomestic ViolenceFahhad RajperLightly BeatingMaulana Muhammad Khan SheraniThe Council of Islamic Ideology