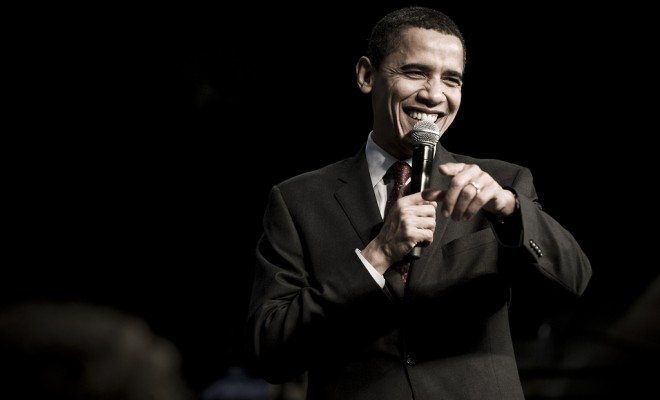 A historic breakthrough for international diplomacy was reached Tuesday when President Obama announced the conclusion of the Iran nuclear deal negotiations after 20 months of discussions and international debate. The deal ensures that Iran’s nuclear program will be exclusively peaceful and provides security measures that should instill trust in the Iranian nuclear program. Iran has agreed to dramatically decrease its nuclear infrastructure in exchange for relief from international sanctions that have suffocated Iran’s economy for years. A few fundamental points of the deal include Iran’s agreement to keep its uranium enrichment levels at or below 3.67 percent, a dramatic decrease. The deal reduces Iran’s nuclear stockpile by about 98 percent, allowing the state to maintain a uranium reserve under 300 kilograms, which is down from its current 10,000-kilogram stock. Iran has also agreed to ship spent fuel outside its borders, diminishing the likelihood of uranium enrichment intended to produce a nuclear weapon. Iran will be bound to extremely intrusive inspections by the United Nations and the International Atomic Energy Agency (IAEA) and will face the looming possibility of harsh sanction reimposition if it is found to be evading its commitments or in noncompliance with the deal.

On Wednesday afternoon, Obama held a press conference in the White House East Room where he welcomed critics and reporters to ask questions of him regarding the newly struck nuclear deal. The conference lasted more than an hour, and drew out several candid responses from an increasingly condescending President Obama along with a slew of entertaining commentary by the president toward critics of the nuclear deal. Frustrated, annoyed, or patronizing–whatever the president’s mood was, it was rightfully earned; the criticisms of the Iran nuclear deal thus far and during the press conference are almost disappointingly invalid or inadequate. It’s easy to see how it becomes aggravating to explain the details of a decision that has been 20 months in the making to politicians who had prearranged to lobby against the deal before it even existed. It’s also easy to see how he became flippant toward reporters who are asking questions about Bill Cosby in the middle of the press conference that is supposed to address one of the most critical, comprehensive, and complex diplomatic agreements in history. So with that in mind, here are the best and sassiest quotes from Wednesday’s press conference:

1. “Major, that’s nonsense. And you should know better.”

After CBS News reporter Major Garrett asked the President why he is “content” with the fanfare around the Iran deal when there are four American political prisoners currently in Iran, Obama was not happy. His response was that the United States should not act on this deal based on the detainees’ status because Iran would take advantage of the American prisoners and try to gain additional concessions by continuing to hold them captive. He stated that deal or no deal, we are still working hard to get these four Americans out.

2. “My hope is — is that everyone in Congress also evaluates this agreement based on the facts… But, we live in Washington.”

Well, let’s be honest, those of us who actually live in Washington would prefer that Congress not be lumped in with the rest of us during this debate. Can they debate somewhere else?

3. “You know, the facts are the facts, and I’m not concerned about what others say about it.”

4. “The argument that I’ve been already hearing… that because this deal does not solve all those other problems, that’s an argument for rejecting this deal, defies logic: it makes no sense.”

Here, Obama made a direct jab at Republicans in Congress who are trying to justify their opposition to the nuclear deal by saying that Iran is not moderate and won’t change because of this deal. The President said that the deal was never designed to solve every problem in Iran. Obama says this rhetoric, besides being plain wrong and nonsensical, loses sight of the number one priority–making sure Iran does not develop a bomb.

Condescending Obama strikes again, and reminded us that this deal won’t, in fact, make the world implode. Pro tip: read the quote within the quote in a nasally, Obama-making-fun-of-Congress voice.

Obama said that under the new safeguards and the international community’s watchful eye, the Iranian government simply won’t be able to hide any uranium or plutonium that they might be (but probably aren’t) covertly enriching. Because under the bed and in the closet is definitely the first place the United Nations will check, duh.

7. “Now, you’ll hear some critics say, “well, we could have negotiated a better deal.” OK. What does that mean?”

The Republicans are right. We could have also found a unicorn and put sprinkles on top.

8. “So to go back to Congress, I challenge those who are objecting to this agreement…to explain specifically where it is that they think this agreement does not prevent Iran from getting a nuclear weapon, and why they’re right and people like Ernie Moniz, who is an MIT nuclear physicist and an expert in these issues is wrong.”

9. “It’s not the job of the president of the United States to solve every problem in the Middle East.”

Well that didn’t stop anyone with the last name “Bush” from trying.

10. “I will veto any legislation that prevents the successful implementation of this deal.”

While this wasn’t from the press conference, it was too good not to include. Obama faces a hard sell to Congress and is determined to push the deal through. He stated that if the nuclear deal fails in Congress, it won’t just be a slap in the face to the American officials who negotiated this deal, but to the international community and the other five countries who spent years negotiating.

The president left the press conference promising to address the deal again, stating, “I suspect this is not the last that we’ve heard of this debate.”