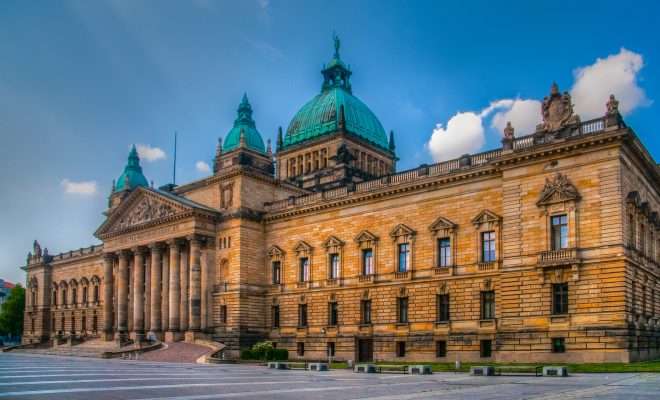 When a 22-year-old Syrian man at a train station in Leipzig, Germany posted a message on a social media site asking for a place to crash, two fellow Syrian refugees scooped him up and brought him to a third friend’s apartment. The man, Jaber Albakr, was on the lam after police raided his apartment, suspecting him of plotting a terrorist attack.

As Albakr slept on Sunday night, the three Syrian friends, realizing that he was the fugitive who had evaded the police, tied him up with electrical cords, and alerted the authorities. They arrested him Monday morning, and now, the three Syrians who tied him up are being hailed as “heroes.”

Anti-migrant sentiment has gripped Germany like it has the rest of Europe. Political groups running on nationalist, insular, platforms have sprung up from London to Leipzig. But on Tuesday, after three Syrian asylum seekers thwarted a fellow Syrian immigrant (who was granted asylum as one of the 890,000 migrants allowed into Germany last year), it was those least trusted by some Germans who perhaps saved the lives of many.

Leipzig is the largest city in the eastern state of Saxony, the base of a prominent anti-immigrant group, Patriotic Europeans Against the Islamization of the West (PEGIDA). Messages from groups like PEGIDA were overshadowed on Tuesday by the heroism of Syrian refugees. Leipzig Mayor Burkhard Jung called what the Syrians did a “very courageous act.” In the German newspaper Bild, one of the Syrian saviors voiced his appreciation for Germany: “I am so grateful to Germany for taking us in. We could not allow him to do something to Germans.”

The identities of the Syrian friends have not been released by authorities. Investigators in the case said Albakr seemed to be targeting a Berlin airport. They found over three pounds of explosives in his home, as well as evidence of ties to the Islamic State.

Franz Josef Wagner, a columnist for Bild, heralded the Syrians’ actions in an op-ed published on Tuesday. He began his piece with “Dear Heroes” and noted that they may come from a different culture, “But beyond language and tradition, you know what good and bad are. That makes you friends.”

Alec Siegel
Alec Siegel is a staff writer at Law Street Media. When he’s not working at Law Street he’s either cooking a mediocre tofu dish or enjoying a run in the woods. His passions include: gooey chocolate chips, black coffee, mountains, the Animal Kingdom in general, and John Lennon. Baklava is his achilles heel. Contact Alec at ASiegel@LawStreetMedia.com.
Share:
Related ItemsGermanyISISIslamic StateSyrian RefugeesTerrorismTerrorist Attack