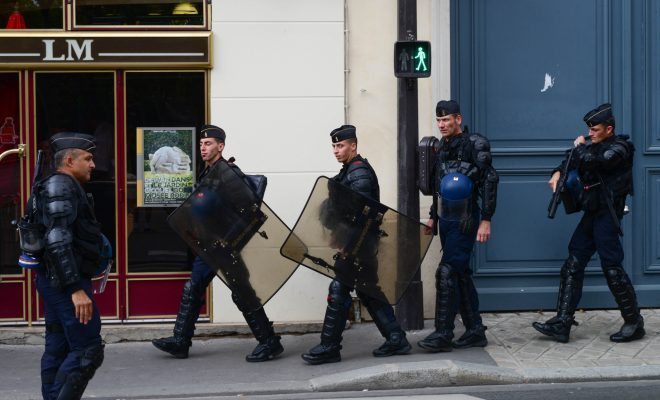 Summer of Strikes: Union Protests in the US and France

Thousands of workers have mobilized in France this summer to protest a new law that would make it easier for the French government to hire and fire workers. The bill, which would also relax the limit on working hours, went through parliament without a vote, sparking large scale protests.

Union members are rallying behind Philippe Martinez, leader of the General Confederation of Labor, one of France’s most prominent labor unions. Conflicts between the workers, anti-labor groups and the police have become increasingly heated. Tear gas has been used on protesters as trucks block roadways, shutting down everyday traffic in the city. Protesters and police officers have been injured. At this point, large-scale violence has yet to spread across the entire city, but it has made a visual impact on some of Paris’ most famous venues, including the Eiffel Tower, which was shut down after workers walked out on strike. The protests may strike a more peaceful note in the coming days, but with railway workers and other labor unions flooding into the city in a show of solidarity, Paris is becoming a powder keg. Images of police detaining protesters with force have gone around the world, painting the French protests as a violent threat to public order.

French labor unrest comes on the heels of the Verizon strike in the U.S., during which strikers effectively pressured Verizon leadership into adding jobs and raising pay after CWA union members spent 45 days on picket lines. The Verizon protest did not have the same violent clashes with police that have occurred in the French labor protests, but the issues at the heart of their actions are similar. Class ideology, and the battle between those eking out a living as middle wage employees versus those securely earning at the top of the food chain, is central to both conflicts.

The Verizon strike, one of the longest and most efficient in recent memory (if Verizon does honor its agreement with the CWA in the future), created inconvenience, inefficiency, and a drop in stock value for Verizon but it never rocked the boat in the same way that the Paris protests have. Perhaps because the Paris protesters have come closer to violence, teetering on the edge with fistfights and riot police, they have been dramatized as more impressive or pressing than the Verizon strike.

However, only time will tell whether the Paris workers will elicit the desired response by organizing rowdier, more dramatic protests. The Verizon protests may not have been as visually poignant but they did achieve the desired result within a relatively narrow time frame and forced the leadership of the company to truly feel the power of their organized labor force.  Paris’ protests are almost cinematic–smoke, screaming, thousands pouring into the streets–but it is important to distinguish the visuals of the protest from the reality on the ground. The Verizon protest was working towards a similar goal, but managed to do so without violent clashes–so perhaps Philippe Martinez should get in touch with the CWA and ask for pointers?

Jillian Sequeira
Jillian Sequeira was a member of the College of William and Mary Class of 2016, with a double major in Government and Italian. When she’s not blogging, she’s photographing graffiti around the world and worshiping at the altar of Elon Musk and all things Tesla. Contact Jillian at Staff@LawStreetMedia.com
Share:
Related ItemsFranceLaborLabor UnionsStrikesVerizon