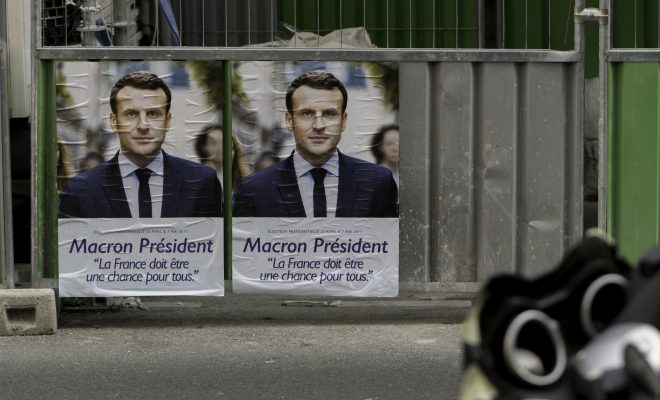 French President Emmanuel Macron and his allies won a large majority in the country’s second and final round of parliamentary elections on Sunday. While Macron captured the seats he needs to carry out his centrist agenda, the election saw a record-low turnout, suggesting that much of the country is unenthusiastic about the young leader’s ability to change realities on the ground.

Macron’s En Marche party and its ally, the Democratic Movement, picked up 350 spots in the 577-seat National Assembly, Parliament’s powerful lower chamber. The vote was a repudiation of France’s establishment parties, as the center-right Republicans captured 135 seats, while the left-leaning Socialist bloc won 45 seats. Led by Macron’s deeply unpopular predecessor, Francois Hollande, the Socialists dominated the 2012 election, winning both the presidency and a majority in Parliament.

“A year ago, no one could have imagined such a political renewal,” Prime Minister Édouard Philippe said on Twitter. Referring to the record abstention rate–only 43 percent of eligible voters went to the polls–he added: “Abstention is never good news for democracy. The government interprets it as a strong obligation to succeed.”

Fatigue could account for the record-low turnout–there were two rounds of presidential voting in May plus two rounds of parliamentary voting in June. But more likely, a majority of French voters are simply unsure about Macron’s program. According to Luc Rouban, a professor at the Center for the Study of French Political Life at Sciences Po, “Many people are in a state of uncertainty.”

“The level of abstention in the second round is a sign that a large part of the working-class electorate are not going to vote anymore,” Rouban told the New York Times.

Contrary to France’s traditional left-right politics, Macron, 39, ran on a centrist platform that advocated for continued integration with the European Union, and shedding restrictions on businesses. Since ascending to the presidency, many observers have applauded Macron’s interactions with leaders who would like to see the Western liberal alliance erode, like Russian President Vladimir Putin. But still, for French voters, Macron has a lot to prove.

The poles of France’s political spectrum also suffered a convincing defeat on Sunday–Le Pen’s far-right National Front picked up nine seats, while the far-left leader Jean Luc Melenchon and his allies won 27 seats. Aside from the rejection of the left and right, French politics are changing in other ways: over 200 women were elected to Parliament, a record in France’s modern history.