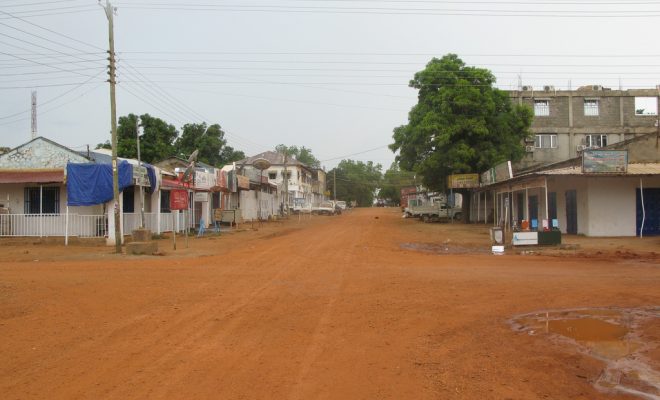 South Sudanese Soldiers Raped Foreigners, While the U.N. Did Nothing

On Monday, the Associated Press revealed that South Sudanese troops went on a nearly four-hour violent rampage, where they raped foreign aid workers and killed a local journalist near the country’s capital of Juba. The worse part is, the nearby U.N. compound and the U.S. Embassy knew, but did nothing.

For three long years, Juba has been the center of a civil war between President Salva Kiir and the opposition forces led by Riek Machar. During the course of the war, both sides have often targeted civilians. But on July 11, soldiers celebrating a battle win in the capital attacked the Terrain hotel complex, which is a temporary home to many foreign aid workers, expats, and members of the Sudanese elite.

Residents of Terrain heard shouts and gunfire, while  between 80 and 100 men armed, drunk, and wearing the symbol of the President’s army broke into the hotel complex. Security guards at the hotel armed only with handguns didn’t stand a chance.

The soldiers began their rampage inside the complex by stealing phones, computers, and wallets. Then they beat up foreigners with their rifles–seemingly singling out Americans–and fired bullets close to people’s heads.

Three women interviewed by the AP said they were raped–one of them by 15 men. One of the women said security advisers from an aid organization had told them they would never be the target of an attack since they were foreigners. She claimed this exchange happened half an hour before they were assaulted.

Local journalist John Gatluak was killed for having the same tribal markings as Machar. A soldier shot him twice in the head and four more times in other parts of his body.

Many sent texts, emails and Facebook messages to people on the outside, pleading for help.

“All of us were contacting whoever we could contact. The U.N., the U.S. embassy, contacting the specific battalions in the U.N., contacting specific departments,” said the woman raped by 15 men.

But why didn’t the U.N. or the U.S. Embassy do anything to stop the attack? According to an internal timeline compiled by the U.N. that was obtained by the AP, a member of the U.N.’s Joint Operations Center in Juba first received word of the attack at 3:37 p.m, minutes after the breach of the compound.

Then over the course of the next hour, the timeline noted more U.N. staff members began receiving messages from inside Terrain. At 4:33 p.m., a Quick Reaction Force was informed; however it wasn’t until 6:52 p.m.–more than two hours after first the first message–that the U.N. Department of Safety and Security (DSS) declared it would not be sending a team.

Ethiopians from the U.N. mission were asked to send a Quick Reaction Force instead, but the emergency team took too long and the mission was abandoned. The U.N.’s Department of Safety and Security also asked Quick Reaction Forces from China and Nepal to intervene, but no one did.

“Everyone refused to go. Ethiopia, China, and Nepal. All refused to go,” said an American man who alerted U.N. staff of the attack after being released early from the compound.

According to the U.N. timeline, a patrol was supposed to go the following morning instead, but it “was cancelled due to priority.” When asked why no one responded, the U.N. said that it is investigating the matter.

But the U.N. isn’t the only organization facing blame. The U.S. Embassy was also asked for help, and reportedly never answered the American citizens trapped inside the hotel. The Embassy also did not respond to repeated requests for comment from AP.

The foreign aid workers in the field are there to help local civilians, but when they themselves become targets of attacks, the U.N. and their embassies should be the first ones to assist them. Instead, they were ignored when they begged for help.

Human Rights Watch is now calling for increased sanctions and an arms embargo on South Sudan.

Emma Von Zeipel
Emma Von Zeipel is a staff writer at Law Street Media. She is originally from one of the islands of Stockholm, Sweden. After working for Democratic Voice of Burma in Thailand, she ended up in New York City. She has a BA in journalism from Stockholm University and is passionate about human rights, good books, horses, and European chocolate. Contact Emma at EVonZeipel@LawStreetMedia.com.
Share:
Related ItemsCivil WarHRWHuman Right WatchHuman Rights AbuseRapeSouth SudanSouth Sudan TroopsU.N.U.S. EmbassyUnited NationsViolence