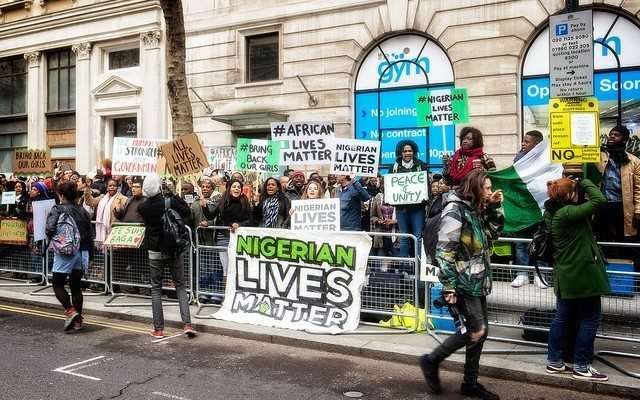 Nigeria recently elected a new president, Muhammadu Buhari, in a prolonged fight for victory against current President Goodluck Jonathan. The election was postponed six weeks due to the instability caused by terrorist group Boko Haram.

To assist with stabilizing the region and achieving safety for civilians, Nigeria employed hundreds of South African and former Soviet Union mercenaries to fight Boko Haram. Initially, this was only rumored after pictures and allegations surfaced on social media.

President Jonathan was quoted as saying that two companies provided “trainers and technicians” to help Nigerian forces fight Boko Haram, though he was not specific in names, sources, or firms.

Eeben Barlow, the head of one of the private military companies working in Nigeria, confirmed that South African Defence Forces have aided in the training, equipment, and strategy for Nigerian forces against Boko Haram, as well as camping out in Northern Nigeria to forcibly take back territories.

Read More: Boko Haram: How Can Nigeria Stop the Terror?

Unfortunately there may be an issue here: this is illegal. The 1998 South African Act of Military Assistance Abroad bans its citizens from directly participating in wars in other countries for private gain. They must act in an official capacity under the authority of the government in Pretoria.

The Act is explicit: “Regulate the rendering of foreign military assistance by South African juristic persons, citizens, persons permanently resident within the Republic, and foreign citizens rendering such assistance from within the borders of the Republic…”

South Africa is not alone. Georgia, which is a also a source of the mercenaries, has laws criminalizing participation in foreign military activities. South African Defense Minister Mapisa-Nqakula has even said that the country should charge the men under the regulation of Foreign Military Assistance Act.

Laws, policies, and guidelines are drafted and implemented in the name of justice; so would it really be bad if some foreign nationals were paid to fight terrorists? The lack of action or fuss from the international community proves that we’re willing to look the other way in the name of combating terrorism. For now, no action has been taken by or against the foreign mercenaries.