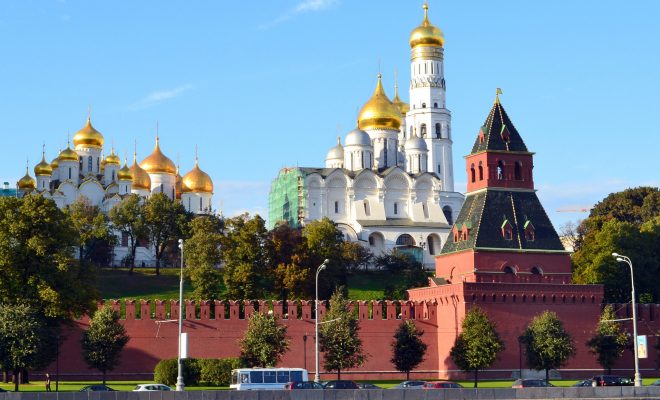 Thousands of people fanned out across cities in Russia to protest corruption on Sunday, the largest public demonstrations in five years. Hundreds were arrested, including Russian and foreign journalists and scores of young people. While the protests broadly targeted government corruption, there were few direct displays of dissent against President Vladimir Putin, who throughout his nearly 17-year rule has kept a tight grip on protests and opposition.

From Vladivostok in the east to Kaliningrad in the west to Moscow, protesters waved Russian flags and wielded banners and signs, chanting: “Russia without Putin,” and, in Moscow, “this is our city.” A spokesman for the Kremlin, Dmitry Peskov, called the protests a “provocation and a lie” and said young people were “promised financial rewards in the event of their detention by law enforcement agencies.”

Aleksei Navalny, an increasingly influential and strident opposition politician, called for the protests weeks ago. His Foundation for Fighting Corruption organized the demonstrations. Navalny, who ran for mayor of Moscow in 2013, was arrested in Moscow on Sunday while protesting. While some see him as a viable Putin opponent in the 2018 elections, he is widely expected to lose. In February, a Kremlin-backed court found him guilty of fraud (he denied the charge), further derailing his chances.

Unprecedented number of young Russians who’ve known no president but Putin came to protest him today. This looks like being the iconic shot pic.twitter.com/noRLeNNxDu

Regardless of his political future, Navalny, who also helped organize the protests that followed tainted elections in 2011 and 2012, is hitting a nerve across the country. Sunday’s protests in Moscow were the most visible and received the harshest crackdown from authorities. Protesters were met with riot police and surveillance helicopters. The Moscow Police Department said “around 500” people were detained for an “unapproved public event.” A group that monitors arrests, OVD-info, said the number of arrests was closer to 1,000.

In the U.S., the White House response was muted; some lawmakers were vocal about the Kremlin’s swift response to the protests. Sen. Ben Sasse (R-NB) said in a statement: “Putin’s thugocracy is on full display. The United States government cannot be silent about Russia’s crackdown on peaceful protesters. Free speech is what we’re all about and Americans expect our leaders to call out thugs who trample the basic human rights of speech, press, assembly and protest.”

And while President Donald Trump–who is currently under investigation by the House and the Senate for his communications with Russia during the election–was silent on the issue, Mark Toner, the acting spokesman for the State Department said the U.S. “strongly condemns the detention of hundreds of peaceful protesters throughout Russia on Sunday.” He added: “Detaining peaceful protesters, human rights observers, and journalists is an affront to core democratic values.”

Alec Siegel
Alec Siegel is a staff writer at Law Street Media. When he’s not working at Law Street he’s either cooking a mediocre tofu dish or enjoying a run in the woods. His passions include: gooey chocolate chips, black coffee, mountains, the Animal Kingdom in general, and John Lennon. Baklava is his achilles heel. Contact Alec at ASiegel@LawStreetMedia.com.
Share:
Related ItemsAleksei NavalnyDonald TrumpKremlinMoscowProtestsRussiaVladimir Putin