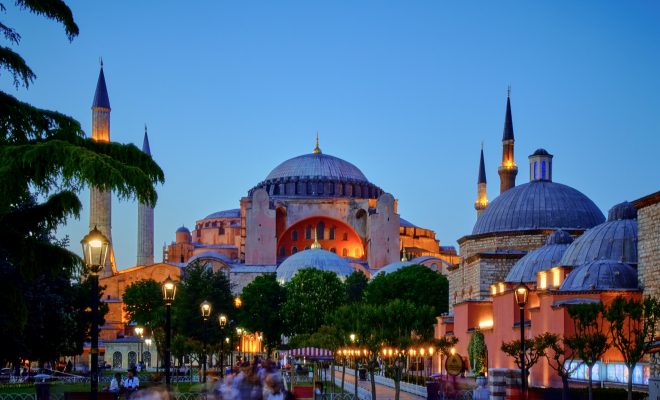 It is hard to believe that in 2016 in a European country, a government could propose a new law that would make child marriage legal, and also protect rapists from being punished by the law as long as they marry their victim. But that is exactly what is happening in Turkey. The new bill was approved on Thursday and is scheduled to undergo a final vote on Tuesday. If it passes, it will take away the punishment for sexual assault if there is no force or if the victim and perpetrator are married. This would include girls under the age of 18. So how could sexual assault without force be criminalized, and how could sexual violence in marriages be punished? Put simply: they likely couldn’t be.

WTF Turkey with this project of law to decriminalize rape if it ends in a marriage??? “rape legalization”, that’s the true meaning of it…

If a man rapes a girl, he can escape punishment by agreeing to rape her for the rest of her life. #Islam #Turkey https://t.co/CrLGhzXM46

Over the weekend, thousands of people took to the streets to protest the proposed law, carrying signs that read “Punish the rapist, not the child,” and “Rape cannot be pardoned.” According to reports even the daughter of Turkey’s President, whose party introduced the bill, protested it. “Pardoning the crime of sexual assault, or dropping it due to prescription, is out of the question. People who commit sexual assault and rape crimes cannot be cleared,” one protester said to the AP.

The government claims it didn’t create the bill to pardon rapists, but to solve some legal challenges in connection with the widespread custom of child marriage. According to Prime Minister Binali Yildrim, it would release men who were imprisoned after marrying underage girls in religious ceremonies. But critics say the law would pardon rape and basically take away the rights of women and children. Now some United Nations agencies, like UNICEF, are urging Turkey to not go ahead with the law, as it would work against the country’s ability to “combat sexual abuse and child marriages.” A spokesperson said that UNICEF is “deeply concerned,” and that “these abject forms of violence against children are crimes which should be punished as such.”

Turkey has one of the highest rates of child marriage in Europe, especially in more rural areas. The changes would apply to cases between 2005 and November 16 of this year.

Emma Von Zeipel
Emma Von Zeipel is a staff writer at Law Street Media. She is originally from one of the islands of Stockholm, Sweden. After working for Democratic Voice of Burma in Thailand, she ended up in New York City. She has a BA in journalism from Stockholm University and is passionate about human rights, good books, horses, and European chocolate. Contact Emma at EVonZeipel@LawStreetMedia.com.
Share:
Related ItemsChild MarriageChildren's RightsConsentEURapeSexual ViolenceTurkeyUNUNICEFWomen's Rights