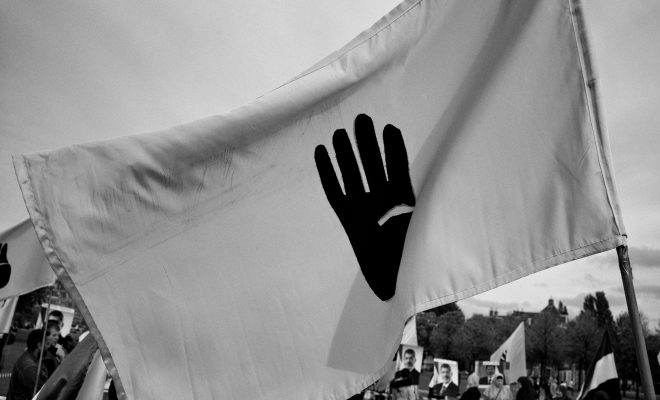 What is the Muslim Brotherhood?

The Trump Administration is mulling an executive order to add the Muslim Brotherhood to the State Department’s list of foreign terrorist organizations. The designation would represent a strong break from past U.S. administrations and, critics say, could alienate Arab allies in the Middle East. Some officials in the administration, including Chief Strategist Steve Bannon, see the Brotherhood as a front for radical, and violent, Islamic ideas that have even penetrated into segments of American society.

Critics of the potential designation–which, officials said, could come next week–say it could undermine the Muslim Brotherhood’s legitimate political efforts abroad. And, some say, equating the group to terrorist groups like al-Qaeda and Islamic State could stigmatize Muslims in the U.S. and elsewhere.

“Designating the Muslim Brotherhood a ‘foreign terrorist organization’ would wrongly equate it with violent extremist groups like Al-Qaeda and the Islamic State and make their otherwise lawful activities illegal,” said Laura Pitter, senior U.S. national security counsel at Human Rights Watch. “The designation would also unfairly taint anyone alleged to be linked to the Muslim Brotherhood and undermine the exercise of its political rights abroad.”

With chapters in all corners of the Middle East and elsewhere, the Muslim Brotherhood is the largest and oldest Islamic group in the region. It reached the peak of its political ambitions in 2011, when its leader in Egypt, Mohamed Morsi, was elected president. Two years later, in the summer of 2013, Morsi was ousted in a military coup. A leading general of that effort, Abdel Fattah el-Sisi, assumed the mantle of president, and continues to govern the country today.

Western countries, including the U.S. and the United Kingdom, have resisted calls to brand the Brotherhood a terrorist group. But a handful of Middle Eastern countries–including the U.A.E., Egypt, and Saudi Arabia–have given the group that label. During the past few decades, the State Department has not found the legal grounds to call the group a “foreign terrorist organization,” but at least one of its affiliates, the Palestinian group Hamas, which governs the Gaza Strip, has made it on the list.

While it renounced violence in exchange for political autonomy in the 1970s, the group previously embraced violence in achieving its goals, and is loosely affiliated with violent actors, including Hamas. Hasan al-Banna, an Egyptian imam, founded the group in 1928 with the goal of creating a Caliphate, which would be governed by Islamic law, or Shariah. In the 1950s and 1960s, clashes with the Egyptian government forced the Muslim Brotherhood underground. Exchanging violence for diplomacy, the group was allowed to form a political body in the 1970s, and has remained active in politics ever since.

The latest probe into the Brotherhood’s activities came in 2015, when the British government requested a review of the group. The review found the Brotherhood “repeatedly defended Hamas attacks against Israel, including the use of suicide bombers and the killing of civilians.” It also found that the group helps fund Hamas, and that senior members “routinely use virulent, anti-Semitic language.” Some Brotherhood leaders have also claimed the 9/11 terrorist attacks were fabricated by the U.S. government. Ultimately, however, the report did not conclude the group is a sponsor of terrorism.

Some officials in the Trump White House have taken a hard-line stance against the group, as well as Islamic groups more broadly. Bannon, Trump’s provocative strategist and former editor of Breitbart, has a history of Islamophobic remarks. In a 2010 interview, Bannon said Islam is not a peaceful religion, but “a religion of submission.” And in 2014, during a Skype chat with a Catholic group at the Vatican, Bannon said the “Judeo-Christian west” is “at the beginning stages of a global war against Islamic fascism.”

Alec Siegel
Alec Siegel is a staff writer at Law Street Media. When he’s not working at Law Street he’s either cooking a mediocre tofu dish or enjoying a run in the woods. His passions include: gooey chocolate chips, black coffee, mountains, the Animal Kingdom in general, and John Lennon. Baklava is his achilles heel. Contact Alec at ASiegel@LawStreetMedia.com.
Share:
Related Itemsal-QaedaEgyptISISMilitary CoupMuslim BrotherhoodTerrorist Group