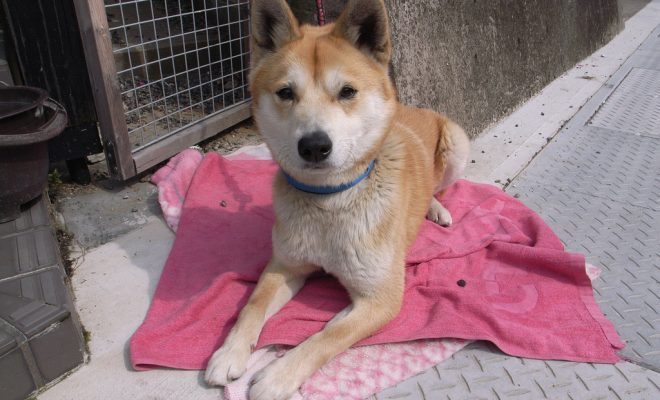 It’s an annual tradition that always draws big crowds of protestors–the dog meat festival in Yulin, in southern China. On Friday, animal rights activists from around the world, joined by celebrities like Carrie Fisher, handed over a petition with 11 million signatures to the Chinese Embassy in London, in an attempt to stop the festival from taking place. The habit of eating dog meat is nowadays widely criticized in China, with activists saying pet dogs are stolen from their owners, treated with cruelty, and that the phenomenon is an “embarrassment to China.”

This backlash may be  due to the Westernized and increasingly young population of China–previously having pets was seen as too elitist, particularly under Mao Zedong’s rule. Today, having dogs as pets is more and more popular, and dying your dog’s fur to make it look like a panda is a huge trend.

so this is a panda dog…and I didn't know they were real…and I'm buying one… pic.twitter.com/xOFr61DD9P

What seems morally impossible for many Westerners is actually a cultural-historical tradition dating back thousands of years for the Chinese. About 30 million dogs are slaughtered for their meat every year in Asia, and activists say more than a third of that number is in China alone. In the southern parts where the summers get scorching hot, dog meat is believed to help you keep cool. And as many other animals are said to help your health–tiger for potency, shark fin soup for showing off wealth, bird nests for better health in general–different dog parts are said to be good for different ailments.

No matter how traditional, many old-fashioned delicacies are illegal in China. In 2014 a Chinese businessman was sentenced to 13 years in jail for hiring poachers to kill tigers, so that he could drink their blood and eat their penises, which he believed would make him more potent. Three tigers died and were eaten before the police found out after another man filmed one of the killings with his phone.

In the U.S., selling meat from cats and dogs is illegal–but personal consumption is actually legal in 44 states. The big problem is the treatment of the animals. A representative for the animal advocacy group Born Free USA told Consumer Affairs:

According to the tradition, if you scare the dog before it dies it makes the meat more tender. Dogs are either hung, electrocuted, or beaten to death while cats are boiled alive. The inhumane treatment of animals for the sake of a cultural tradition can no longer be justified in civilized society.

The dog meat festival in Yulin is scheduled to start on June 21, but activists hope it will not be a tradition for much longer.

Emma Von Zeipel
Emma Von Zeipel is a staff writer at Law Street Media. She is originally from one of the islands of Stockholm, Sweden. After working for Democratic Voice of Burma in Thailand, she ended up in New York City. She has a BA in journalism from Stockholm University and is passionate about human rights, good books, horses, and European chocolate. Contact Emma at EVonZeipel@LawStreetMedia.com.
Share:
Related ItemsAnimal ActivistsAnimal RightsChinaChineseControversialDog MeatDog Meat FestivalDogsEating DogsPanda DogYulin