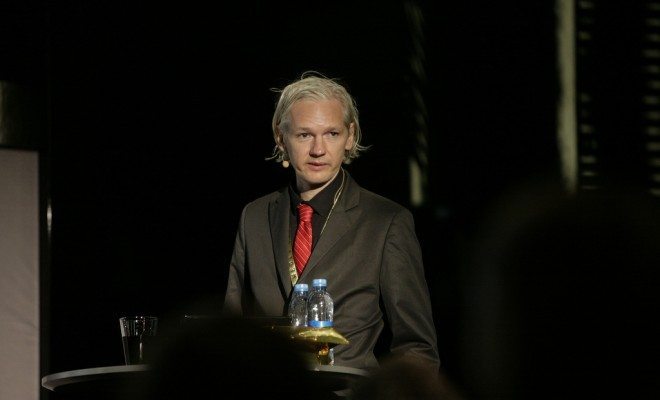 Julian Assange’s Partial Victory: A UN Declaration with No Teeth

At the end of last year, the United Nations launched a working group to discuss the “arbitrary detention” of Wikileaks founder Julian Assange. Assange has been living in London’s Ecuadorian embassy since 2012, after his 2010 arrest in London, where he was brought in on charges regarding sexual assault and molestation in Sweden.

Both of the women who reported these assaults have remained anonymous in the press, but police have revealed that both incidents took place in August 2010. One of the charges was dropped in 2015, but the other still stands today. In a controversial move that alienated him from several political allies, the Ecuadorian ambassador granted Assange political asylum on the grounds that Ecuador has historically protected those who are vulnerable. Assange was concerned that if he was deported to Sweden, he might then be deported to the United States, where his involvement with Wikileaks could lead to him being tried for treason–and, according to Assange and his supporters, could face the death penalty. In July 2015, Assange requested asylum in France but his request was denied by Francois Hollande. For a series of several months, British police forces did guard the Ecuadorian embassy but they never made overt threats or attempts to forcibly remove Assange from his place of refuge.

The Guardian ran a poll this week to gauge popular opinion on the United Nation’s ruling that Julian Assange has been arbitrarily detained–66 percent of Britons polled felt that the UN had made the wrong call. British politicians also fell into this camp–Prime Minister David Cameron said that the only person detaining Assange was “himself” and Secretary of State Philip Hammond rejected the UN decision via Twitter.

The UN may have handed down a ruling from on high, but British law enforcement still has agency over how to proceed with Assange. Assange has called the UN’s decision a victory that is legally binding, but the overwhelmingly negative response from British officials has led Assange to remain within the Ecuadorian embassy for the time being.  Swedish officials have supported the British decision to reject the UN ruling, leaving Assange essentially in the exact same position he was before the UN working group was formed. The UN has claimed that he should be allowed to walk free of the embassy and is even entitled to compensation but it did not specify how and when the UK and Sweden should go about dropping the charges against him and ensuring his reintegration into society.

The UN has effectively asked two governments to abandon a sexual assault case for no better reason than that the defendant is living a life of relative discomfort. Neither of these governments have tortured or committed any form of violence against Assange, they simply want to bring him in for questioning and put him on trial if necessary. Assange’s ruling should not be considered a landmark case because it is not one that will apply to any other situation. If any other criminal sought refuge within an embassy for several years, he would still be asked to undergo questioning and trial after leaving his place of asylum. Assange may have the satisfaction of a UN stamp of approval but the ruling likely has no leg to stand on in a legal setting.

Jillian Sequeira
Jillian Sequeira was a member of the College of William and Mary Class of 2016, with a double major in Government and Italian. When she’s not blogging, she’s photographing graffiti around the world and worshiping at the altar of Elon Musk and all things Tesla. Contact Jillian at Staff@LawStreetMedia.com
Share:
Related ItemsDavid Cameronjulian assangeUnited KingdomUnited NationsUnited Nations Human Rights CouncilWikileaks