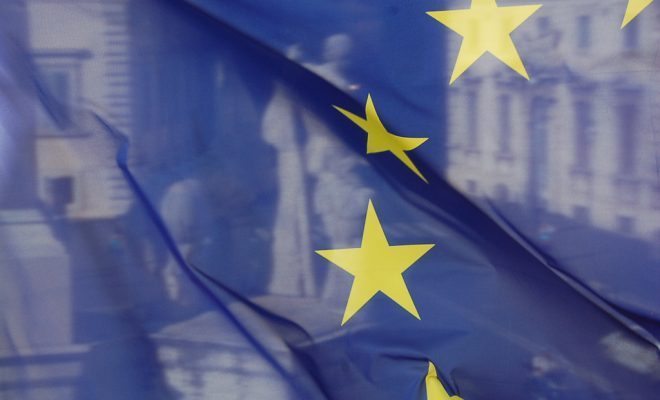 John Oliver to Britain: The EU is an “Irritating Institution,” But Don’t Leave

In Sunday’s episode of “Last Week Tonight,” John Oliver explained the concept of Brexit for the American people, and presented a message to his fellow Britons. This is what he said about the European Union:

It’s a complicated, bureaucratic, ambitious, overbearing, inspirational and consistently irritating institution–and Britain would be absolutely crazy to leave it. Especially because if it stays, it can reap all the benefits while still being a total dick about everything, and that is the British way.

Britain is voting on Thursday on whether to remain in the EU, in the so-called Brexit referendum. The matter has not been widely covered in the US, and as you may wonder–why should Americans care? The fact is that Britain leaving the EU could have a huge impact on the world economy, and considering the special relationship between Britain and the US, on America’s economy as well.

Oliver listed institutions such as the Bank of England, the International Monetary Fund, and more among those who have said that leaving would have a negative impact on the British GDP. Then came a clip of the UK Justice Secretary saying he thinks people have had “enough of experts” who think they know best. “Fuck these eggheads with their studies and degrees, I get my economic forecast from clever Otis, the GDP predicting horse,” was Oliver’s ironic reply.

Among the most vocal supporters for Britain to leave the EU is the UK Independence Party, UKIP, which has the immigration issue at the top of its agenda. With refugee numbers at record highs, and increasing racism and nationalism in Europe, the situation has turned toxic. Last week pro-immigration politician Jo Cox was murdered by an assailant who seems to have had ties with white supremacist groups. He stated his name as “Death to traitors, freedom for Britain” in court.

But Brits who fear immigrants may come in and steal their jobs shouldn’t be too quick to vote “leave.” As Oliver said, even if Britain were to exit the EU, it would not mean it would have complete control over their borders. As long as the nation wants to keep trading with the rest of Europe, it would have to keep abiding by some of its rules.

To cap off his tirade, Oliver said he understands the British need for telling the EU to bugger off, but suggested they do so with a profanity-laced song instead. Fast-forward to around the 14 minute mark in the above video to watch.

Emma Von Zeipel
Emma Von Zeipel is a staff writer at Law Street Media. She is originally from one of the islands of Stockholm, Sweden. After working for Democratic Voice of Burma in Thailand, she ended up in New York City. She has a BA in journalism from Stockholm University and is passionate about human rights, good books, horses, and European chocolate. Contact Emma at EVonZeipel@LawStreetMedia.com.
Share:
Related ItemsBrexitBritainEUEuropean UnionGreat BritainJohn OliverLast Week TonightReferendumUkip