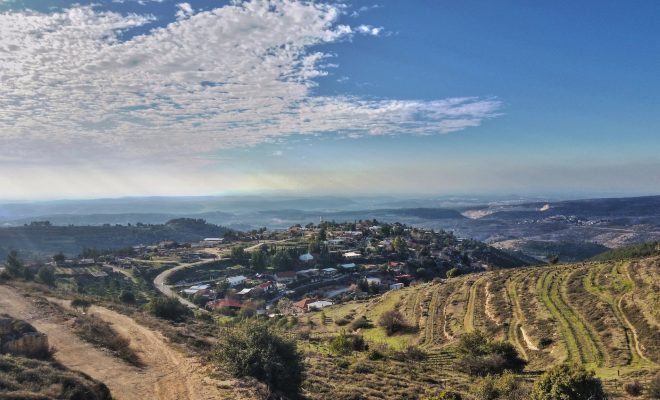 Late Monday, Israel’s Parliament passed a law to retroactively legalize settlements on about 2,000 acres of Palestinian-owned land in the West Bank. Passed with a vote of 60-52, the bill is widely expected to be struck down by Israel’s Supreme Court; the attorney general also recently said he would refuse to enforce the law. The vote reflects the growing influence of the settler movement in Israeli politics, and a new political reality for Prime Minister Benjamin Netanyahu, who previously opposed retroactive legalization of settlements.

Under the law, a few thousand housing units in 16 different settlements would be deemed legal. Palestinian landowners would be compensated for the land, but would not be able to reclaim it. Some settlements in Israel, because they are located on private Palestinian land, are considered illegal by the Israeli government, as well as the international community, which condemns all Israeli settlements. In fact, last month, the United Nations passed a highly contentious resolution that called settlements a “flagrant violation” of international law.

Reactions to the passing of the bill exemplify the increasingly polarized climate of Israeli politics, especially as it concerns the settler movement. “Today Israel decreed that developing settlement in Judea and Samaria is an Israeli interest,” said Bezalel Smotrich, a right-wing lawmaker, referring to the biblical names of the West Bank. “From here we move on to expanding Israeli sovereignty and continuing to build and develop settlements across the land.”

Much of the ethos behind the settler movement is tied to the Jewish claim to the land of Israel including, most notably, the West Bank (or Judea and Samaria). Israel captured the Palestinian territories–the West Bank, Gaza Strip, and East Jerusalem–from Jordan and Egypt after it won the 1967 Six-Day War. For 50 years, settlements have remained a flashpoint in Israeli-Palestinian relations, and in Israel’s broader relationship with the international community.

But many Israelis oppose settlements, and support a two-state solution with the Palestinians. Parliament members on the left and the center (and even many on the right) condemn settlements, and see them as an impediment to peace. Yair Lapid, head of the Yesh Atid party, and a leading contender to succeed Netanyahu, called the law “unjust.” He added: “They are passing a law which endangers our soldiers, will undermine our international standing and undermine us as a country of law and order.”

As of a few months ago, Netanyahu opposed passage of the law. But things have changed very quickly. For one, President Donald Trump’s election victory signaled a less harsh U.S. stance on settlements than Netanyahu experienced with President Barack Obama. Trump also appointed David Friedman, a pro-settlement lawyer who has donated millions of dollars to the settler movement, as his ambassador to Israel.

Netanyahu’s ambivalence on Monday’s vote also reflects his precarious position with the settler movement, and in his broader political standing. Netanyahu is currently being investigated on corruption charges, and is under constant pressure from lawmakers to his right to support the settlers.

Last week, 40 settler families were evacuated by Israeli police from the settlement of Amona. The Supreme Court ruled the Amona outpost was illegal, as it was built on private Palestinian land. After the evacuation, Netanyahu swiftly approved the construction of a new settlement, something that has not been done in over 25 years.

Trump said approving new settlements “may not be helpful” to peace, a noticeably milder critique than those from past U.S. administrations. Trump is meeting with Netanyahu in Washington D.C. on February 15, and a clearer picture of the current U.S. stance on settlements should emerge soon after. Meanwhile, Netanyahu has other things to worry about: the same day the settlement bill passed, rockets were fired from the Hamas-controlled Gaza Strip into Israel.

Alec Siegel
Alec Siegel is a staff writer at Law Street Media. When he’s not working at Law Street he’s either cooking a mediocre tofu dish or enjoying a run in the woods. His passions include: gooey chocolate chips, black coffee, mountains, the Animal Kingdom in general, and John Lennon. Baklava is his achilles heel. Contact Alec at ASiegel@LawStreetMedia.com.
Share:
Related ItemsBenjamin NetanyahuGaza StripHamasIsraelSettlementsUNUnited NationsWest Bank