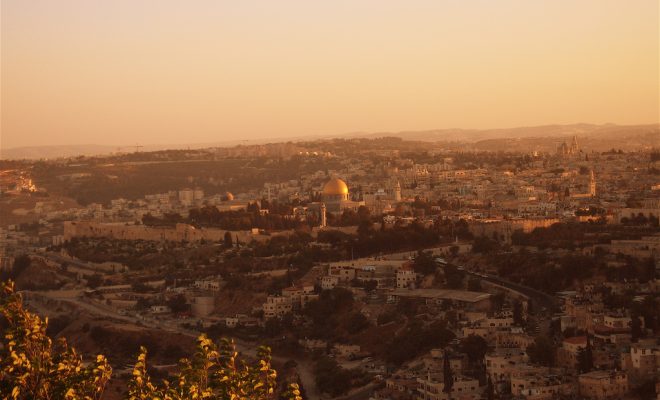 In defiance of the United Nation’s condemnation of its settlement program last week, Israel’s government will issue permits for 618 new settlements on Wednesday. The first installment of 5,600 new homes is expected to be erected in East Jerusalem in the near future.

The settlement planning committee said the permits were being discussed before the UN Security Council passed the resolution last Friday. The resolution called Israeli settlement activity a “flagrant violation under international law” that was “dangerously imperiling the viability” of a future peace settlement establishing a Palestinian state.

“I won’t get worked up over the UN or any other organization that might try to dictate to us what to do in Jerusalem,” Deputy Mayor Meir Turgeman, the planning committee chairman, told an Israeli newspaper. “I hope that the government and the new administration in the United States will give us momentum to continue.”

Over the weekend, Israeli Prime Minister Benjamin Netanyahu reacted to the resolution by halting aid and canceling meetings with foreign diplomats. He canceled a meeting with the prime minister of Ukraine, one of the 14 countries that supported the resolution. Netanyahu, angered by the U.S.’s decision to abstain rather than veto the resolution, summoned Daniel Shapiro, the U.S. Ambassador to Israel, to clarify the U.S. position.

For decades, it has been standard practice for the U.S. to veto anti-settlement measures, but last week it elected to abstain for the first time. Netanyahu claims that the U.S. colluded behind the scenes with the countries that sponsored the resolution, including New Zealand, and played a more direct role in drafting the resolution. He said he had evidence of the U.S.’s involvement and would share it with President-elect Donald Trump.

“Israel is a country with national pride, and we do not turn the other cheek,” Netanyahu said on Monday, adding that Israel’s response is “responsible, measured and vigorous.” It was the “natural response of a healthy people that is making it clear to the nations of the world that what was done at the UN is unacceptable to us,” he said.

Israeli settlements in the West Bank and East Jerusalem have long rankled the international community, and Palestinian leadership. Many consider the settlements a key impediment to peace, though Israeli officials say it is a bargaining chip for negotiations of a two-state solution.

Ron Dermer, Israel’s Ambassador to the U.S., told The New York Times that the Palestinian strategy is to wage a “diplomatic and legal war against Israel.” He added: “Their strategy is not to negotiate an agreement with Israel because a deal is give and take. They want take and take.”

Netanyahu’s conservative government has high hopes that Trump, who will take office in a few weeks, will bring a friendlier relationship to Israel and help change the UN-Israel relationship as well. In a tweet Monday, Trump called the UN “a club for people to get together, talk and have a good time.”