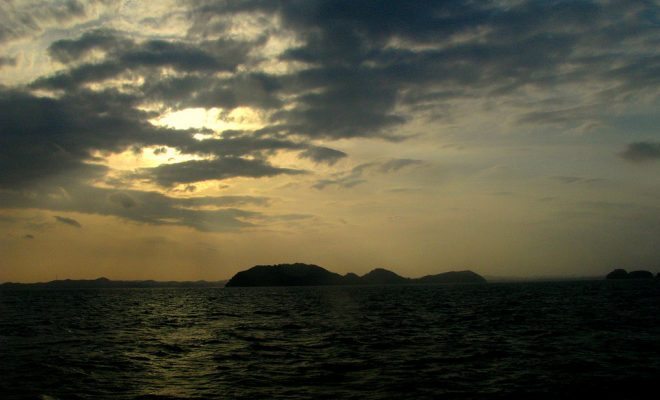 On Tuesday morning, the top international court unanimously decided China holds no legitimate claim over the South China Sea. The verdict–doled out by the Permanent Court of Arbitration in the Hague–cannot actually be enforced (no PCA rulings can), but is an important symbolic blow to China. It solidifies and gives meaningful support to the international community’s contention that China’s historical claim concerning the South China Sea is unfounded and illegitimate.

The arbitration request concerned two of the six nations that claim territory in the South China Sea, an important trade route that moves $5 trillion worth of goods annually, specifically the Philippines and China. In July 2013, the Philippines submitted an arbitration request to the international court, headquartered in the Netherlands. They requested a ruling on China’s claims to the sea, as well as the legality of China’s aggressive infringements upon the 200-mile exclusive economic zone of the Philippines, mostly used for fishing and petroleum exploration.

The court’s ruling concerns the waters within China’s claimed territory, denoted by the red line. [Image courtesy of naturalflow via Flickr]

The five-member panel’s main ruling stated: “to the extent China had historic rights to resources in the waters of the South China Sea, such rights were extinguished to the extent they were incompatible with the exclusive economic zones provided for in the [United Nations Convention on the Law of the Sea].” They also found China in violation of the Philippines’ 200-mile zone. The violations include:

The court clarified that while China has no rights regarding the waters of the South China Sea, it could not rule on its claims of the rocks, reefs, shoals, and islands within those waters. Tuesday’s ruling predictably resulted in praise from the Philippines and the other Pacific nations–Vietnam, Brunei, Malaysia, and Japan–that oppose China’s bullying and lay claim to territory in the sea. China rebuked the court’s decision, saying in a statement, “China neither accepts nor recognizes it.” The statement continued, “China’s territorial sovereignty and maritime rights and interests in the South China Sea shall under no circumstances be affected by those awards.”

Japan’s foreign minister applauded the ruling, and the Philippine Foreign Secretary Perfecto Yasay said, “The Philippines strongly affirms its respect for this milestone decision as an important contribution to ongoing efforts in addressing disputes in the South China Sea.”

The most destructive consequence that could result from Tuesday’s decision? Naval skirmishes and perhaps a full-blown war between China and the United States. After all, the 1951 Mutual Defense Pact ensures U.S. military support of the Philippines. And if China doubles down on its claim, already testy waters can turn turbulent. This is an issue to keep your eyes on in the years to come.

Alec Siegel
Alec Siegel is a staff writer at Law Street Media. When he’s not working at Law Street he’s either cooking a mediocre tofu dish or enjoying a run in the woods. His passions include: gooey chocolate chips, black coffee, mountains, the Animal Kingdom in general, and John Lennon. Baklava is his achilles heel. Contact Alec at ASiegel@LawStreetMedia.com.
Share:
Related ItemsChinaPhilippinesSouth China SeaSpratly IslandsThe Hague