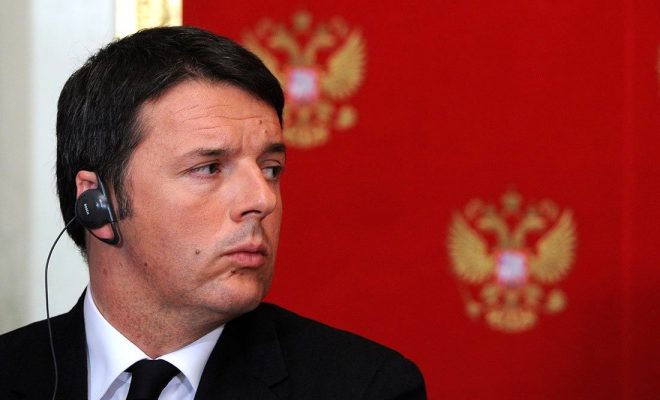 "Matteo Renzi in Russia" courtesy of Kremlin.ru; License:  (CC BY 4.0)

As Italians prepare to vote, observers prepare for what might be another referendum shock. From the election of Donald Trump to Brexit and the initial referendum on the Colombian peace deal, national votes have had some surprising results in 2016. While the upcoming vote in Italy has some similarities to these other contentious votes, its underlying characteristics also set it apart.

On the ballot is a major set of constitutional reforms that would dramatically change how the legislature works, with the hope of increasing the stability and efficiency of the Italian government. While the vote itself would have dramatic consequences for the Italian government, the outcome might have important implications for the rise of populism in the west and financial stability in the Eurozone. Prime Minister Matteo Renzi has already staked his job on the outcome of the vote and ongoing debt issues faced by Italian banks could worsen with little hope of a political fix in the short term.

What is the Referendum?

The reform package involves several major changes to the way the government functions. It would significantly change the nature and size of Italy’s upper chamber–going from 315 senators to 100 lawmakers from a mix of sources. Members of the upper chamber would no longer be elected directly, with 74 councilmen and 21 mayors elected by regional governments and the president appointing the remaining five senators. The chamber would also have significantly less power, as it would lose the ability to conduct votes of no confidence, which dissolve the government and force new elections, and would serve in more of an advisory role for new legislation. The lower chamber, the Chamber of Deputies, would gain much more influence and most new laws could be passed without approval from the other chamber, as is currently required.

While even some critics argue that major reforms are necessary, they take issue with the specific measures that have been proposed. Italy has the second largest parliament in Europe with 950 seats and the current system of “perfect bicameralism” requires both houses to agree on legislation before it is passed. The resulting gridlock has made it particularly difficult for the country to pass new legislation, even when it comes to noncontroversial laws. But those who oppose the referendum contend that these fixes are not the reforms that Italy needs, and may make the government vulnerable to authoritarian or populist takeovers.

The current checks and balances were put in place for a reason, as the post-World War II government was established in part to prevent the rise of another authoritarian figure like Mussolini. But the system remains particularly unstable, as the country has gone through 65 governments in 70 years, with only one serving the full five-year term. Critics may agree that the system is not particularly stable, but they argue that the proposed changes to the Senate go against democratic values and put more power in the hand of local governments that have had issues with corruption.

The outcome of the referendum vote may spread beyond Italy. Some speculate that a “no” vote could lead to a crisis in the euro zone. Although there is a two-week polling blackout before the vote, polls conducted before the deadline show that the “no” vote had a sizable lead, although a considerable percentage of voters remained undecided.

If the referendum fails and Prime Minister Renzi resigns, it will likely lead to the appointment of a caretaker government to implement electoral changes for the 2018 election. The current election system uses different rules for both chambers–the new Italicum system essentially guarantees a governing majority to the largest party, but only applies to the Chamber of Deputies–that could result in two different majorities.

Other fears involve the rise of populism in the absence of Prime Minister Renzi. The anti-establishment Five Star Star movement led by former comedian Beppe Grillo has been gaining in popularity and could continue to gain popular support in the power vacuum. The movement has called for a vote to leave the euro and has been very skeptical of Italy’s EU membership in general.

Similarly, the country has had a looming banking crisis for several years that is now starting to peak. Italy was one of the hardest hit countries during the European downturn, with a seven-year recession hitting many important industries. Poor economic conditions and bank mismanagement led to a situation where one-fifth of all loans in the Italian banking system are considered troubled. While the crisis is potentially solvable, any solution requires dealing with some very difficult political decisions. Recent EU banking reforms prevent countries from bailing out their banks without “bailing-in” bondholders and shareholders to ensure that investors bear some of the losses. These laws present a significant challenge because Italian banks’ bondholders include a mix of institutional investors and retail investors. That means that bailing investors in would involve forcing losses on everyday citizens, which would create a significant political problem.

Some argue that a “no” vote would not necessarily lead to a crisis in the euro zone because the European Central Bank will be able to help in the event of a monetary crisis. However, Renzi’s resignation would make it harder for the Italian government to help its ailing banks. While a “yes” vote would put some momentum behind Renzi and his Democratic Party, the government still has a lot of political challenges ahead of it.