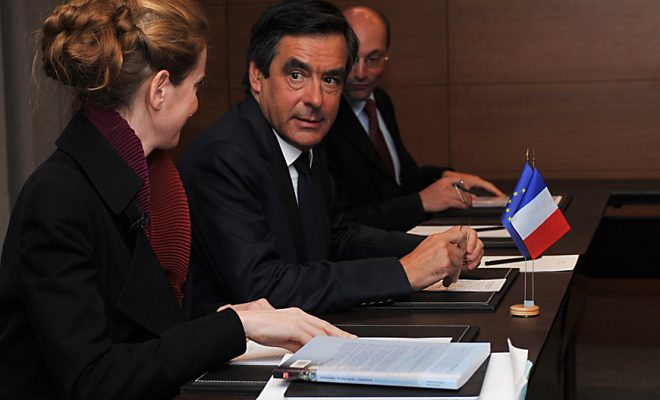 Why You Should Care About the French Presidential Election

Earlier this week, while Americans were busy analyzing our President-elect’s latest round of ill-advised tweets, France held a presidential primary, and the results could have some major impacts on the country’s 2017 presidential elections. On Sunday, candidate François Fillon beat out his two opponents, Alain Juppé and Nicolas Sarkozy, in the primary elections for France’s center-right Republican party. The victory was a major upset, considering that just last month, Fillon, France’s former prime minister, was trailing far behind Juppé and Sarkozy in the polls, making it unlikely that he would even be a competitor.

If you’re wondering why this news should matter to an American preparing for Trump’s presidency, it’s because France is poised to be the next nation to watch as Western countries are trending strongly toward populism and ultra-nationalism. These attitudes, which led to Brexit and our own President-elect Trump, have also been on the rise in France, a country which has traditionally been known for its left-wing politics.

If you’ve heard Marine Le Pen’s name being thrown around recently, it’s because she’s the leader of France’s far-right National Front, a party that has been known for certain extreme views against immigration and the European Union. Le Pen’s father, who was the party’s former head, was expelled from leadership after anti-Semitic comments.

After the Brexit decision, Le Pen wrote an op-ed for the New York Times calling the European Union a “prison of peoples” and declaring “The People’s Spring” inevitable. While the Brexit decision certainly gave Le Pen more ammunition to use in her cause, it is likely that Trump’s election will further increase the anti-establishment attitudes reflected by Le Pen and her supporters. She herself called Trump’s win a “sign of hope” and an indication that “people are taking their country back.”

Fillon’s victory on Sunday is significant because the Republican party was considered the greatest hope to prevent Le Pen’s victory in the presidential elections. While Fillon is a social conservative who has vowed to fight “Islamic totalitarianism,” he is still considered to be preferable to the left over Le Pen, whose plans to appeal to the working class and those fed up with the “establishment” and “elites” mirror the familiar rhetoric of the Trump campaign. It is unlikely that the left will have any representation of its own in next year’s race, as the low popularity of current Socialist President François Hollande indicates that the party will be unable to compete. Hollande announced today that he would not be seeking re-election, but polls indicate that any alternative candidate chosen by the Socialist Party will likely not be able to challenge Fillon and Le Pen.

If Le Pen is victorious in 2017’s elections, it could spell trouble for the future of the European Union and would likely be a discouraging outlook for liberal politics all over the globe. As the “Trump effect” sends ripples that will undoubtedly shake up the world order, the French election is one to watch.