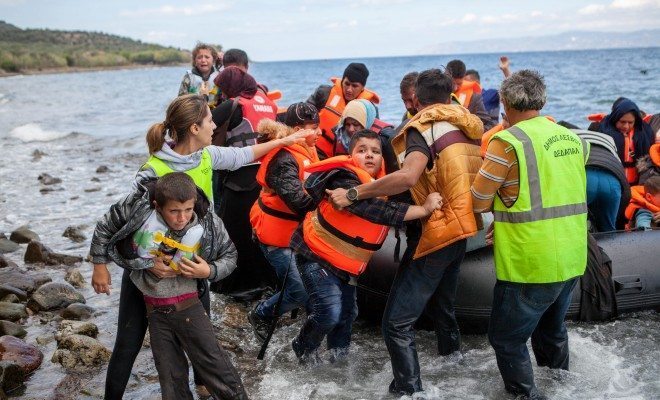 Why Hundreds of Refugees are Being Shuffled Around Europe

Early this week, hundreds of migrants in Greece–many of whom made perilous journeys on inflatable rafts to make it there–were placed onto ferries to be sent back to where they came from. This is the result of a new deal between the European Union and Turkey to help ease the undeterred flow of migrants into Europe, which began its implementation on Monday. The deal stipulates that un-vetted refugees who landed in Greece will be sent back to Turkey, and in exchange, a vetted refugee in Turkey can be brought to Europe to be resettled. This “one-for-one” trade sounds like a  simple enough solution for stopping an uncontrolled flow of refugees into Greece, but the endless logistical, ethical, and political issues that have arisen with it are making it a problematic solution to a complex problem.

While the State Department called the deal an “important step,” it has been criticized by many human rights organizations and aid groups who allege that Turkey is not a safe place for these migrants to return to. Amnesty International believes that there are “fatal flaws” in the deal, alleging that Turkish authorities have been forcefully sending hundreds of refugees back to war-torn Syria. The deal also doesn’t offer protections to non-Syrian migrants, who were also being deported under the deal.

The deal is facing a variety of challenges so far: BBC reports that arrivals into Turkey have already been delayed, and 3,000 migrants still sit in centers awaiting deportation (which could take weeks at minimum). Tensions have also been high in Greece, where “irregular migrants” who have arrived since March 20 (the date the deal was put into effect) have been put into holding centers that have been described as “prison-like.” Early Friday, protests broke out on the island of Chios between hundreds of migrants who had broken out of their centers and residents of the island.

To add to that, Turkish President Tayyip Erdogan has been adding to fears that Turkey is undependable, reportedly threatening to not support the refugees if the EU did not live up to its end of the deal (which consisted of promised cash and EU membership to Turkey).

These are only a few of the many issues facing this deal, and it’s only gotten started. It’s hard to definitively say whether this is a step forward or a step back. While the EU clearly needs to confront the problem of an unchecked flow of refugees entering Europe, it also must be careful not to compromise the human rights of these groups, many of whom have already lived through horrific atrocities. This agreement clearly has problematic elements that make it difficult to ensure these rights; however, it remains to be seen how the deal will affect the situation of the refugees in the long-term.

Mariam Jaffery
Mariam was an Executive Assistant at Law Street Media and a native of Northern Virginia. She has a B.A. in International Affairs with a minor in Business Administration from George Washington University. Contact Mariam at mjaffery@lawstreetmedia.com.
Share:
Related ItemsEuropean UnionGreecemigrationRefugeesSyriaSyrian RefugeesTurkey