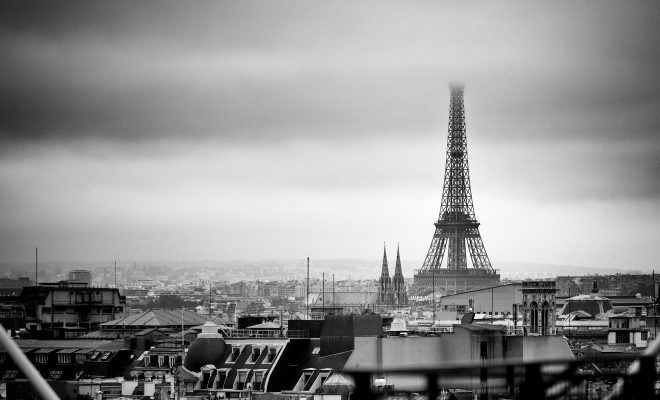 On April 23, French voters will choose two presidential candidates–the two highest vote getters–to advance to a run-off scheduled for May 7. Recent polls suggest a tight race. The projected victors of the first round–National Front’s Marine Le Pen and En Marche’s Emmanuel Macron–are both expected to net 22 percent of the April 23 vote. But after two successful debate performances, far-left candidate Jean-Luc Melenchon is hovering just behind the front-runners at 20 percent. Francois Fillon, the conservative candidate who is ensnared in a corruption scandal, is right behind at 19 percent of the first-round vote. Though 11 candidates are in the mix, one of these four is likely to be France’s next leader.

Le Pen, the self-professed “candidate of the people” needs no introduction. A populist firebrand in the same vein as U.S. President Donald Trump, Le Pen heads the National Front Party on a platform steeped in anti-immigrant and anti-EU messaging. With a potent brew of Islamaphobia and nationalism, Le Pen has stunned political observers with her success so far, especially considering her family tree. Her father, the former National Front leader Jean-Marie Le Pen, was a blatant anti-Semite and racist. Under his leadership, the party was a fixture of France’s fringe, but never gained traction with a large chunk of voters. That is changing under Marine.

Fillon’s campaign has been marred by a corruption scandal that has overshadowed his policies. Fillon has been accused of paying his wife Penelope a hefty salary for a job that didn’t actually exist when he was a member of Parliament. His politics resemble a traditional conservative in the U.S.: he has pledged to cut taxes, open up the market, cut public spending, and increase the number of law enforcement officers.

A centrist and political novice–though he did serve as Minister of the Economy–Macron’s campaign has surged in recent months as French voters seek a candidate without Fillon’s establishment ties or Le Pen’s anti-EU nationalism. Macron is pro-EU. He has proposed a tax cut for corporations, and an influx of public spending. His social views are largely liberal, and he supports France’s secular society; he has said, however, that Muslim head scarves should not be banned at universities.

In recent days, Melenchon, a 65-year-old admirer of Mao Zedong and Hugo Chavez, has been biting at the heels of Macron and Le Pen. His views are so far left that some worry he is an undercover communist. He would like to see a huge increase in public spending, he is skeptical of the EU, and he proposes France leave NATO. This is not his first rodeo; Melenchon ran in 2012, capturing 11 percent of the vote. But with his competitors stalling, and as France, like much of the rest of the West, seeks radical solutions, his star is on the rise.

Alec Siegel
Alec Siegel is a staff writer at Law Street Media. When he’s not working at Law Street he’s either cooking a mediocre tofu dish or enjoying a run in the woods. His passions include: gooey chocolate chips, black coffee, mountains, the Animal Kingdom in general, and John Lennon. Baklava is his achilles heel. Contact Alec at ASiegel@LawStreetMedia.com.
Share:
Related ItemsCommunismEUFranceFrancois FillonMarine Le PenNational FrontNationalismSocialism