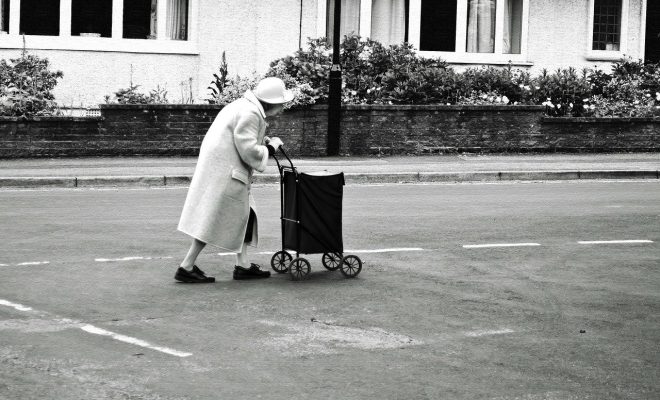 On January 27, the Spanish prime minister appointed Edelmira Barreira Diz to be the “Commissioner for the Demographic Challenge.” The “sex tsar,” as the media has dubbed her, will be responsible for addressing Spain’s depressed fertility rate and relieving the socioeconomic implications of an aging population. Spain is one of many European countries that have begun to recommend that their citizens have more children. Italy, Denmark, and Sweden have all launched fertility campaigns as well. While many have championed immigration as a means of easing Europe’s demographic dilemma, few governments can open their borders without facing backlash from an increasingly xenophobic European public. By sidestepping immigration, fertility campaigns represent an implicitly ethnocentric response to Europe’s aging populations.

A decreasing fertility rate is considered an important trait of economic development. European fertility rates have been dropping for decades and, as a consequence, the age of the average European is climbing. Many experts fear Europe’s growth-oriented economies are reaching an impasse. As retirees begin to make up a larger percentage of the overall population, there will be proportionally fewer young people to pick up the slack. The economic challenges these long-term trends potentially pose are beginning to loom large for many European officials.

While there is debate on whether or not the ratio of workers to retirees holds bearing over economic performance, governments throughout Europe are seemingly behaving as though it does. During the Euro-crisis, the continent’s aging population was often mentioned as a factor possibly hindering the recovery. The fact that the European Union and individual European states are working to reduce the average age of their respective populations is indicative of their belief that youth is key to ensuring long-term economic stability.

Immigrants are often pegged as quick and effective supplements to an aging labor force. However, with anti-immigrant sentiments are flaring, any argument in favor of immigration is bound to cause fervent controversy. By encouraging fertility, governments can address concerns about an aging population and avoid acknowledging the merits of immigration.

In doing so, fertility campaigns hark back to a time when fascist European governments demanded their citizens give more children to the state. Like campaigns of the past, modern efforts ignore the question of immigration and instead encourage the cultivation of a new generation of citizens who will one day contribute to continued economic growth. While seemingly tame, fertility campaigns are a resurgent trend that implicitly enforce nationalistic notions of who is valuable and who is not. Far right groups remain particularly concerned with fertility. They see high rates of domestic fertility as a source of national strength and the fertility of immigrants as a threat to the social fabric. Last year, Germany’s right wing party, Alternative for Germany, leaked a manifesto outlining policies that would incentivize German women to have three or more children.

European governments are unwilling or unable to address their perceived aging problem with policies that would upset the vociferous anti-immigrant faction. While these contemporary fertility campaigns are related in comparatively innocuous terms, they work to emphasize the value of citizens and minimize, or entirely ignore, the value of immigrants.

Callum Cleary
Callum is an editorial intern at Law Street. He is from Portland OR by way of the United Kingdom. He is a senior at American University double majoring in International Studies and Philosophy with a focus on social justice in Latin America. Contact Callum at Staff@LawStreetMedia.com.
Share:
Related ItemsAging PopulationAnti-ImmigrantdenmarkEuropeFertilityFertility CampaignsFertility RatesImmigrationItalySpainXenophobia