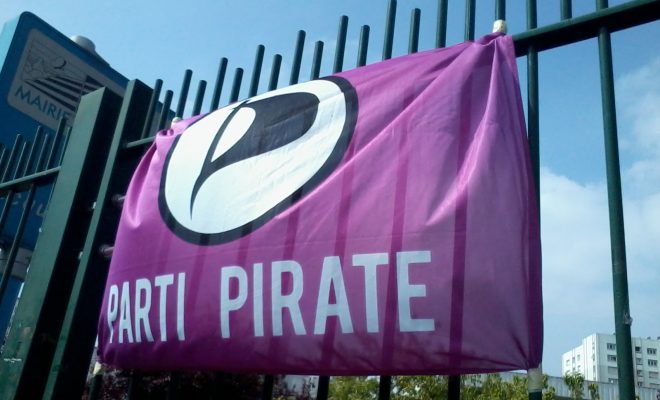 The Election No One Has Noticed: Iceland’s Pirate Party

Iceland’s election was on Saturday, and while certain mainstay parties were represented on the ballot, an unexpected challenger also had a place there: the Pirate Party, an anti-establishment party that garnered roughly 15 percent of Iceland’s support.

The Pirate Party is just one of the many populist parties that have emerged in Europe since the global financial crisis, but it does not identify as right or left wing, choosing instead to label itself an anti-establishment movement that will attempt to combine the best of both parties. The party operates on a platform of direct democracy, net neutrality, and civil rights, and is an offshoot of the Pirate movement founded in Sweden a decade ago. However, while the Swedish party was primarily preoccupied with copyright law, the Icelandic version embraces a much broader swath of issues and has gained more traction, thanks in part to the release of the Panama Papers.

After the Panama Papers revealed that Iceland’s former Prime Minister, Sigmundur David Gunnlaugsson, and his wife held funds in offshore accounts in the British Virgin Islands, the Pirate Party swooped as the voice of protest, organizing massive protests across the country. Freedom of information and the exposure of corrupt practices is a central theme of the Pirate Party’s agenda: Birgitta Jonsdottir, the leader of the party, is a poet who formerly provided legal assistance to WikiLeaks. Before the Panama Papers, the Pirate Party would never have been in the position it holds now, attracting international attention. Jonsdottir herself has expressed surprise during multiple interviews at how successful the party has become.

The Pirate Party did not win a seat at the table this weekend, largely because of concerns about the profound economic effects for international investors had the party won. However,  there could also be a shift in the political status quo now that the Party has stepped toward legitimacy by at points polling over 20 percent. The Pirate Party has ruled out forming a coalition with the current parties in power if it ever is elected, arguing that it doesn’t want its vote to be influenced or absorbed by the corruption of “the Octopus“–the wealthy families that Jonsdottir argues control the country. The party may not ever succeed in creating a more transparent and equitable democracy (and frankly, the party’s plan of action is more optimistic than realistic) but they will have perhaps opened the door for other outsider parties, not only in Iceland, but across all small European nations.

In the United States, where we have massive voting blocs aligned to our traditional two parties, third party candidates have rarely won elections, yet in Iceland, with a total population of only approximately 332,500, a smaller number of voters can have a greater impact on the election–which means the Pirate Party could set a new precedent for dozens of small-scale movements that want to transition into the formal government. The Pirate Party’s steps toward legitimacy may not impact U.S. elections but it can have an impact on countries with small, young populations–voters who are online, connecting with political movements through social media, and who are frustrated with the traditional party dichotomy.

Jillian Sequeira
Jillian Sequeira was a member of the College of William and Mary Class of 2016, with a double major in Government and Italian. When she’s not blogging, she’s photographing graffiti around the world and worshiping at the altar of Elon Musk and all things Tesla. Contact Jillian at Staff@LawStreetMedia.com
Share:
Related Items2016 ElectionIcelandPanama PapersPirate partyPopulismThird PartyWikileaks