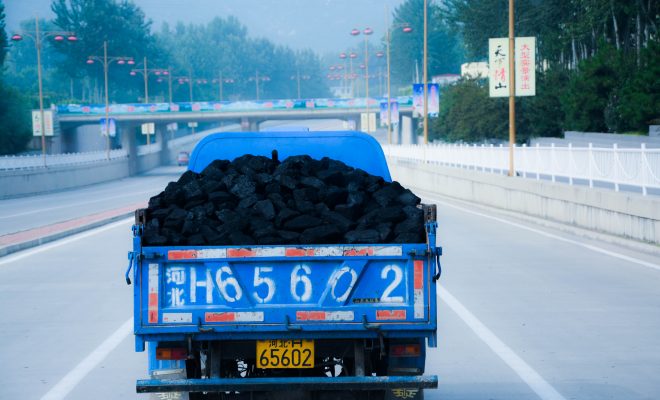 China Bans Coal Imports from North Korea: What Does the Move Mean?

Last month, President Donald Trump criticized China for not doing enough to curtail North Korea’s nuclear program: “China has been taking out massive amounts of money & wealth from the U.S. in totally one-sided trade, but won’t help with North Korea. Nice!” Trump tweeted. China seemed to respond to Trump on Saturday by banning coal imports from North Korea through the rest of the year.

Now, the ball is in Trump’s court. How will he engage the insular, and increasingly insolent, country of North Korea? He had a muted response when it tested a ballistic missile earlier this month. Trump’s willingness to actually engage with North Korea will be tested in March, when a meeting is planned between Pyongyang officials and former U.S. officials in New York. If the White House issues visas for the North Korean officials–it has not explicitly said it will or will not–then that would send a signal that Trump is open to diplomatic engagement, something his predecessor, President Barack Obama, was unwilling to do.

Whether the New York meeting takes place or not, China’s decision to freeze imports of North Korean coal is a decisive action that could weaken its resolve. Aside from being a response to Trump, China’s move is also likely the result of increased frustration at North Korea’s endless stream of provocations. Just last week, the half-brother of North Korea’s leader, Kim Jong-un, was assassinated in Kuala Lumpur, Malaysia. North Korean officials are suspected as having played a role in the attack.

China’s coal freeze could badly hurt North Korea’s already precarious economy. For one, coal is North Korea’s most lucrative export; it accounts for 34 to 40 percent of its exports, most of which ends up being shipped to China. In response to North Korea’s nuclear test last September, the United Nations Security Council imposed new sanctions that urged China to cap its coal imports from North Korea. But China, fearful that a collapsed North Korea could lead to an influx of refugees and a united Korean peninsula backed by the U.S., has circumvented the UN sanctions. That is, until its announcement on Saturday.

“Imports of coal produced in North Korea — including shipments already declared to the customs but yet to be released — will be suspended for the remainder of this year,” said a statement from China’s Ministry of Commerce. However, a Foreign Ministry official said Tuesday that the move is a bureaucratic procedure, and that China, within the first six weeks of the year, has already reached its annual quota for North Korean coal imports.

Diplomatic efforts to reign in North Korea’s nuclear ambitions, which have been stretched under Kim Jong-un, have largely failed. Until 2009, China hosted seven-nation talks, which included seats at the table for the U.S., Russia, China, and North Korea. Similar talks, like the one planned for March in New York, have taken place in Kuala Lumpur and Berlin.

But the reclusive country has not budged in ceding its nuclear ambition; it has ramped up its efforts. As the international community–including the U.S. and now, potentially, China–takes a firm stance against North Korea, the question becomes: how long can it continue to provoke without being severely punished?