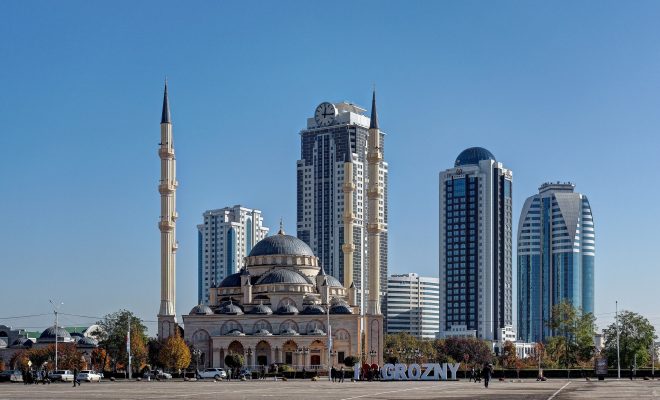 Earlier this month, reports came out stating that over a hundred gay men had recently gone missing in Chechnya, a Russian territory in Eastern Europe. The Russian newspaper Novaya Gazeta claimed that gay men had been “illegally detained, beaten, tortured with electric shocks” by officials. They were then allegedly locked up in secret prisons, including one former military facility. Now several media outlets have referred to these prisons as de facto concentration camps, after claims that inhabitants are regularly tortured and killed.

Though the exact situation is hard to glean, and proof would be hard to obtain, what is clear is that Chechen officials have a problem with gay people. The official response to the accusations is baffling–a spokesperson for the republic’s leader Ramzan Kadyrov said that the reports were “absolute lies and disinformation,” not because he condemned the atrocity of the reports, but because he claimed there are no gay people in Chechnya. “You cannot detain and persecute people who simply do not exist in the republic,” he told the Interfax news agency.

He also claimed that had there been “such people” in Chechnya, their families and relatives would already have sent them “somewhere from which there is no returning.” Chechnya is a strictly conservative region and the majority of occupants are Sunni Muslims. Kadyrov has been criticized previously for forcing women to wear hijabs in public places, encouraging polygamy, and starting two conflicts.

Reports Say That Gay Men Are Being Held in Concentration Camps in Chechnya https://t.co/E5orv8yzKV pic.twitter.com/l1Qh5josHX

Human Rights Watch says the group has received information from reliable sources, including sources “on the ground,” that corroborates the information about detentions and torture. In a statement on its website, the group’s Russia Program Director Tanya Lokshina says that the number of sources and consistency of the stories leave her with no doubt that they are true. However, she wrote, she couldn’t reveal any details about the sources’ stories, for fear of repercussion against them.

People reacted strongly to the news and many questioned why this subject isn’t being given more attention.

Kadyrov denying gay concentration camps in Chechnya by saying ‘those people don’t exist in the republic’ is terrifying. Talk about this. pic.twitter.com/zs9yyxsqNo

What’s happening in #Chechnya today is literally what the Nazis did. Rounding up, torturing, and killing gay people. It’s abhorrent

I’m calling on @nikkihaley to speak up against the reported #LGBTQ concentration camps in Chechnya. RT to join me. https://t.co/NM05ag67fA

A spokesman for Russia’s President Vladimir Putin said that the government would look into the matter, but didn’t provide any details about what would be done. He also suggested that any individuals that have suffered abuses should file a complaint and go to court. But that would be basically impossible to do in Chechnya. Lokshina from Human Rights Watch says,

These days, very few people in Chechnya dare speak to human rights monitors or journalists even anonymously because the climate of fear is overwhelming and people have been largely intimidated into silence. Filing an official complaint against local security officials is extremely dangerous, as retaliation by local authorities is practically inevitable.

One of the harrowing accounts explains how a man was beaten with a hose and tortured with electricity to confess that he was gay. He said he was locked in a room with 30 others and that security officials told him the crackdown orders came from the republic’s leaders. Gay people are also sometimes shunned and killed by their own families in Chechnya.

Gay men have reportedly started fleeing the region and deleting their social media accounts. For now the outlook is grim, but at least an LGBT group in St. Petersburg, where the gay community is relatively strong, has set up an anonymous hotline that gay Chechens can call if they need help.

Emma Von Zeipel
Emma Von Zeipel is a staff writer at Law Street Media. She is originally from one of the islands of Stockholm, Sweden. After working for Democratic Voice of Burma in Thailand, she ended up in New York City. She has a BA in journalism from Stockholm University and is passionate about human rights, good books, horses, and European chocolate. Contact Emma at EVonZeipel@LawStreetMedia.com.
Share:
Related ItemsAbuseChechenChechnyaConcentration CampsDiscriminationGay RightsLGBTRamzan KadyrovRussia