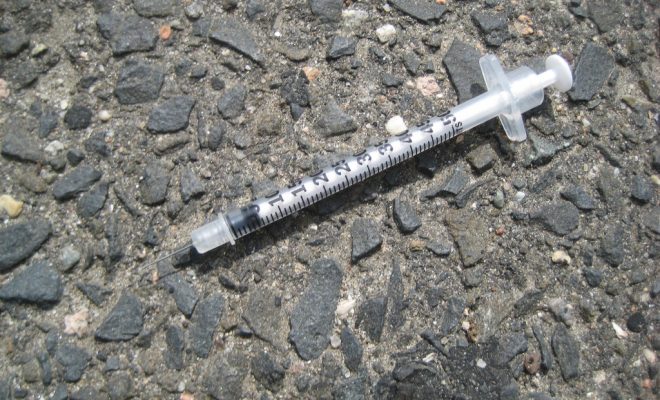 Canada Could Provide a Treatment Blueprint for U.S. Opioid Crisis

Despite being separated by an over 5,000 mile-long border, the United States and Canada share a few commonalities, including an opioid crisis that is growing at an alarming rate. But how the U.S. and Canada have responded to the crisis shows a difference in how both countries approach a drug epidemic.

There were more than 2,400 opioid deaths in Canada last year, and the province of British Columbia alone is on pace for over 1,400 deaths this year. To tackle this issue, the Canadian government decided to create more safe places for addicts to shoot up. Health Canada, the country’s department of public health, announced in June that it would add three more “safe injection sites”–bringing the national total to seven–with the intention of building scores more in the future.

These sites give addicts clean syringes, medical supervision, and freedom from arrest. Addicts don’t get help in kicking their habit unless they ask for it, but the program dramatically reduces the chance of a fatal overdose or the transmission of blood-borne diseases such as hepatitis or HIV. Last year alone, Canada’s first injection site–built in 2003 and located in Vancouver–saw 214,898 visits by 8,040 individuals, with nurses intervening in 1,781 overdoses. The site says it has never had an overdose death. Health Minister Jane Philpott swears by the safe sites.

“They are absolutely known to save lives and reduce infections,” she said. “We have a very significant public health issue in our country.”

Professionally-staffed injection sites first began in the Netherlands in the early 1970s as “alternative youth service” for members of St. Paul’s church in Rotterdam. The government officially sanctioned these sites in 1996–despite years of receiving support from law enforcement and local officials–and countries like Switzerland, Germany, Spain, and Australia soon followed suit.

In the U.S., more than 59,000 people died from an opioid overdose last year, according to a study done by The New York Times. Drug overdoses became the leading cause of death among Americans under 50 in 2008, a CNN study found. In addition, heroin-related deaths increased 439 percent from 1999 to 2014, the study found.

While most of the western world saw the potential in safe injection sites, the U.S. has relied on state-level measures with varying results. Forty states, for example, have passed Good Samaritan overdose laws. But in states like Washington, only 33 percent of opioid users–and 16 percent of police officers–were aware of the policy. Only seven percent of officers could describe who the law protects.

Police have also decided to try and take this issue into their own hands. In New York City, nearly 40 percent of patients trying to get a daily dose of methadone said they’d been stopped and frisked by police outside of clinics.

One would think that with all of these methods in place, a safe injection site would be a natural evolution. But states and the federal government have fought against such sites. California Assemblywoman Susan Talamantes Eggman, a Democrat, introduced a bill in April 2016 that would make it legal for local and state health departments to allow the use of controlled substances in clinics. The bill did not pass.

President Donald Trump recently proposed a 95 percent cut to the Office of National Drug Control Policy, despite campaigning on a promise to help fix the opioid crisis.

There might still be hope, however, for public health advocates. Last week, the Trump Administration nominated Indiana state health commissioner Jerome Adams to be the next U.S. Surgeon General. Adams has received praise from addiction specialists for prioritizing the opioid crisis during his tenure in Indiana. He persuaded then-Governor Mike Pence to implement syringe exchange programs, despite Pence’s initial reservations, which caused the number of HIV cases in the state to drop 30 percent.

Gabe Fernandez
Gabe is an editorial intern at Law Street. He is a Peruvian-American Senior at the University of Maryland pursuing a double degree in Multiplatform Journalism and Marketing. In his free time, he can be found photographing concerts, running around the city, and supporting Manchester United. Contact Gabe at Staff@LawStreetMedia.com.
Share:
Related ItemsCanadaDrug OverdoseJerome AdamsOpioid EpidemicSafe Injection Sites