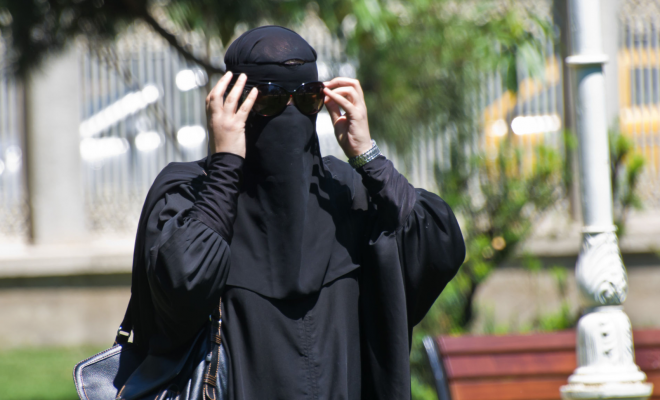 This decision comes after two Muslim women mounted a legal challenge to the ban, claiming that it violated their civil rights. Belgian national Samia Belcacemi and Moroccan national Yamina Oussar both say they voluntarily choose to wear the niqab and that in not being able to, their right to religious freedom is being infringed upon.

Oussar reportedly told the court that she decided to stay home after the ban was introduced in fear of legal repercussions. Belcacemi continued to wear the veil for a period, but stopped because of societal pressure and fear that she would be heavily fined.

Under the law, individuals who fail to comply with the law regarding full-face coverings face penalties ranging from a hefty fine to imprisonment for repeat offenders.

The European Court of Human Rights upholds a Belgian ban on wearing the full-face niqab veil in public pic.twitter.com/S1unR1Y4Dq

Siding with Belgium’s legislature in a unanimous vote, the seven-person panel said a statement that the ban is “necessary in a democratic society” and that the Belgian law is meant to ensure “public safety, equality between men and women and a certain concept of living together in a society.”

A hot-button issue in Europe

The topic of people’s freedom of religious expression in the public sphere has been at the forefront of European politics for several years now.

Belgium is not the first country to take a stance against the niqab or burqa. France banned full-face veils in 2010, and since then, at least 10 other European countries have placed limitations on Islamic dress. Just last month, Norwegian legislators proposed a ban on full-face veils in public schools and universities. The bans are largely seen as a response to the influx of refugees in the region. In Belgium, the 2016 terror attacks have also intensified the debate.

Federal Pensions Minister Daniel Bacquelaine, a member of Belgium’s Reformist Movement party, said on Twitter he was delighted at the court’s announcement, which he believes will strengthen Belgians’ ability to live together.

“To forbid the veil as a covering is to give them more freedom,” Baquelaine said back in 2010 before the law passed. “If we want to live together in a free society, we need to recognize each other.”

Since the E.U. court’s decision, human rights groups have expressed their discontent with the ruling.

“Fostering human relations is a laudable goal,” wrote Hillary Margolis, the Women’s Division Researcher at Human Rights Watch. “But forcing women to choose between wearing what they want and being able to appear in public isn’t the way to do it.”

Celia Heudebourg
Celia Heudebourg is an editorial intern for Law Street Media. She is from Paris, France and is entering her senior year at Macalester College in Minnesota where she studies international relations and political science. When she’s not reading or watching the news, she can be found planning a trip abroad or binge-watching a good Netflix show. Contact Celia at Staff@LawStreetMedia.com.
Share:
Related ItemsBanBelgiumEU Human Rights CourtEuropeHuman RightsIslamLawsuitReligious FreedomSociety